NEW FEATURES, PRICE, AND REFINEMENTS FOR THE TOUGHEST SIDE x SIDES ON DIRT
Written By:
John Arens

Kawasaki is charging into 2021 with three new models aimed at delivering more of what has already made them great.  Technically not new from the ground up, the 2021 Teryx KRX 1000 eS, Teryx S LE, and Teryx4 S LE are all built on existing platforms, but with added features and refinement.  The common traits between all three models: a beefy, tough-as-nails chassis, comfortable interiors, and supreme reliability.  Here are how the three models stack up. 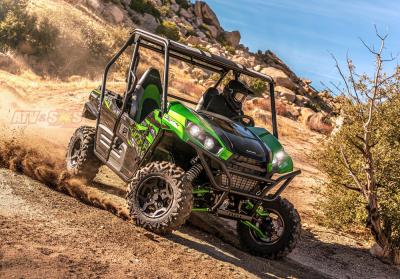 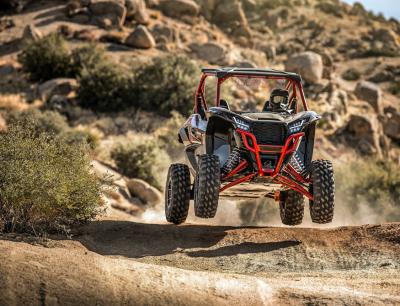 Kawasaki didn’t need to change much for 2021 with the sporty KRX 1000.  There was very little it needed, and changes to the first version A-arm ball joint casting and clutch bearing had already been addressed, and a low voltage regulator had been added.  For 2021 Kawasaki chose to offer the TERYX KRX® 1000 eS with the following features:

We really like the overall look of the 2021 KRX 1000 eS.  The new KQR Sport Roof, Sport Bumper, and black /red color scheme present a menacing, all-business look, but new features will make it more comfortable than ever on the trails.  The most important feature on the new eS model is an electronic suspension system. 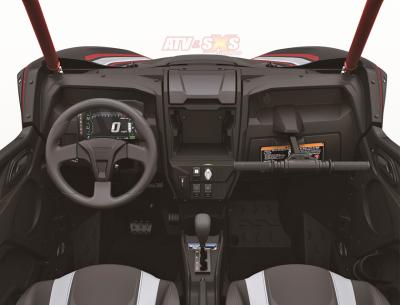 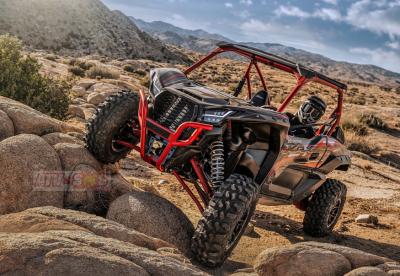 Nothing is more important for vehicle handling, comfort, and performance than a properly working suspension. Kawasaki give the KRX 1000 eS it’s most advanced suspension ever with High-performance FOX 2.5 Live Valve Internal Bypass shocks combined with a Bosch Electronic Control System, all controlled from dashboard switches that allow the driver to pick from three suspension models – NORMAL, FIRM, and SOFT.  Here is how it works.

Taking into account input from the Bosch Electronic Control System and the suspension mode selected, the engine ECU monitors vehicle speed, gear position, and throttle position, while a sensor picks up steering angle.  At the same time a semi-active damping control ECU monitors the ground surface.  It then activates a system of bypass valves and bleed holes, allowing some fluid to bypass the damping piston.  When the compressed suspension enters the “Bump Zone,” fluid is forced through the piston’s compression valves, which prevents bottoming.  The system also works in both directions.  During shock extension, when the suspension enters the “Catch Zone,” fluid is forced to move through the piston’s rebound valves, this time to prevent a harsh top-out.  The bottom line:  With the 19 inches of front travel and 21” of rear wheel travel you can really dial in the KRX for your driving style and the terrain, and you can keep your foot down.

Kawasaki give the KRX 1000 eS a large, easy to read TFT color digital display.  It’s practically a rolling computer and the system has far more processing power than we went to the moon with.  (Flat-earthers not withstanding of course).  The list of data provided is a page long, but as along as it monitors fuel level, gear selection, and MPH, we’re good.  One really nice feature is that it displays the electronic suspension info, and the entire system can be linked to your phone via Bluetooth.  It’ll display missed calls and messages should you want to talk to the rest of the world while you’re doing your best to get away from it.   The display can even be dimmed or brightened, making it easier to see depending on the time of day. 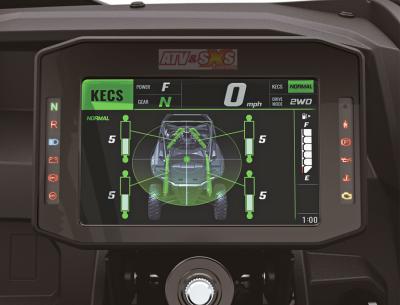 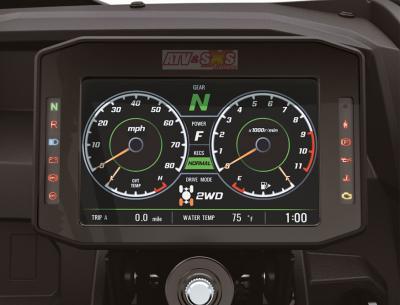 Kawasaki gave all KRX 1000 models a long list of great features that carry over to the eS model including:

The KRX 1000 was already an excellent machine.  It’s big, tough, and ready to take on any terrain.  About the only thing we would like to see in the next generation KRX is a revised clutch for a little more top speed, and reduced RPMs at average trail speed to cut down on engine noise.  There’s no doubt though, the new KRX 1000 eS package makes a great machine even better. 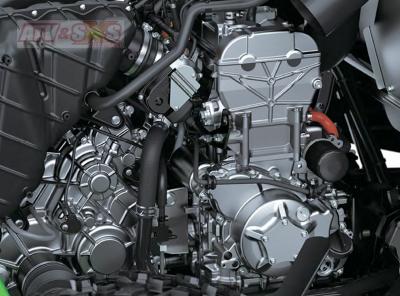 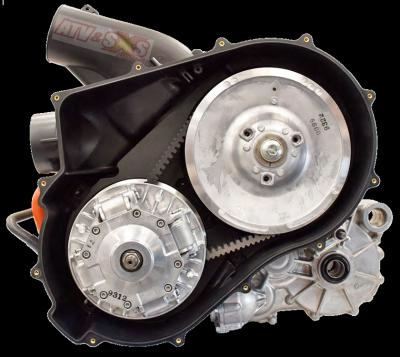 The Teryx and Teryx4 have been Kawasaki’s crossover machines for many years, and for 2021 there are two new models in the lineup.  Called the Teryx S LE and Teryx4 S LE, both models get major upgrades to make the Teryx ride smoother.  What makes this possible are: 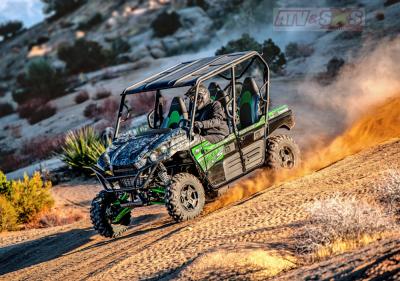 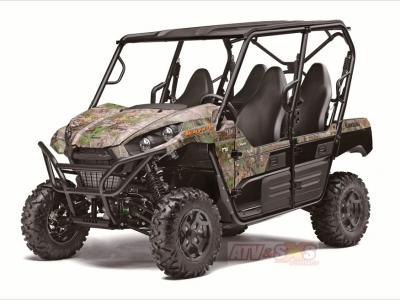 A wider, longer footprint always results in better handling, less body roll, and a smoother ride.  The only drawback is, a longer chassis can sometimes bottom out over trail obstacles.  Kawasaki got around this problem by including arched A-arms.  The new FOX shocks will also resist bottoming and the immediate sag loss of previous models.  What you get is the same, incredibly tough and reliable TERYX chassis and engine, but with a far more capable suspension and handling package.  Other features of the Teryx S LE and Teryx4 S LE include:

We’ve always liked the Teryx and Teryx4.  They’ve never let us.  The new Teryx S LE and Teryx4 S LE will make the Teryx platform more comfortable and capable than ever.  A great machine just got even better. 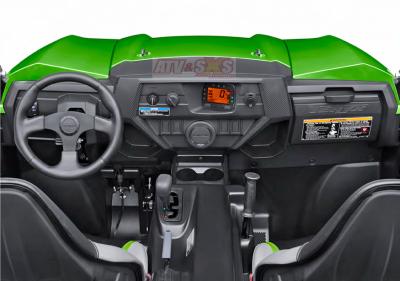 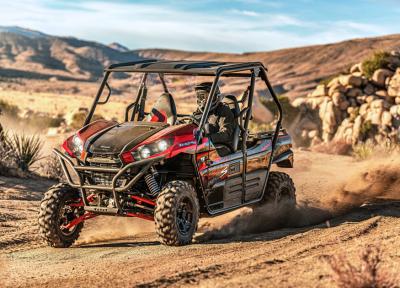 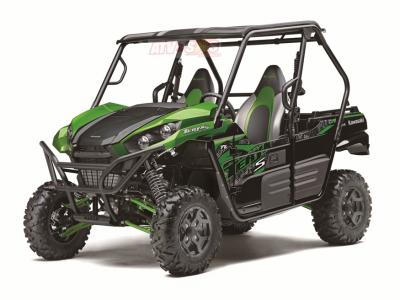 SOMETHING TO CONSIDER- MORE MODELS TO COME

There is no doubt a sizeable number of riders wished to see a multi-seat KRX and perhaps a turbo version in the lineup this year, and we’ll bet the house Kawasaki engineers have put considerable time into making both a reality.  It will happen.  Our data analyst guru and keen industry prognosticator, Robert, had an interesting point to consider however.

Who can forget the bliss of 2020, when most companies closed down and basic material procurement came to a standstill?  None of the OEMs were able to avoid it.  A quick look at local dealers makes one wonder if they’ve gone out of business, or now only sell trailers.  There is little inventory to be found, and factories are only now beginning to get back into production.  For a time, the giant Kawasaki factory in Nebraska was actually making face masks!  The reality is, developing a new model takes considerable time in design, prototyping, testing, and tooling.  2020 was a lost year for product development for practically all manufacturers.  Again, we are supremely confident Kawasaki knows other models are wanted, and they’ve probably already made considerable progress with the development.  We’ll see that work and much more, and likely not far off.  It’s just a matter of time.  Until then, we’ll happily ride a KRX 1000 or a TERYX 4 and enjoy every mile of trail on either. 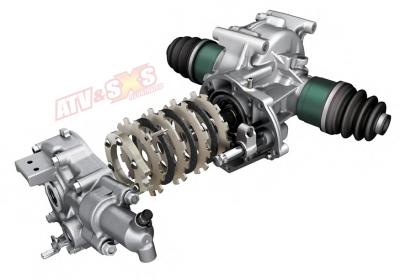 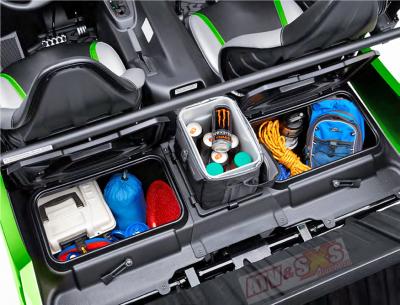