OVER A HALF MILLION MULE™ SIDE X SIDES HAVE ROLLED OFF THE LINE AT KAWASAKI MOTORS MANUFACTURING CORP., U.S.A. IN LINCOLN, NEBRASKA 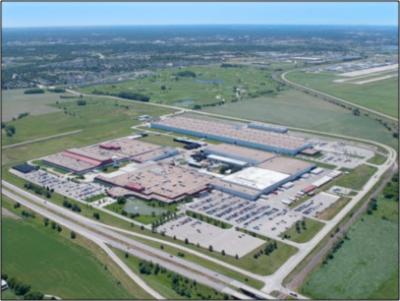 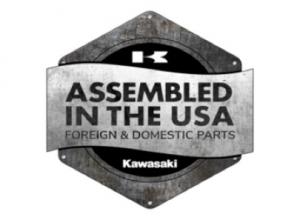 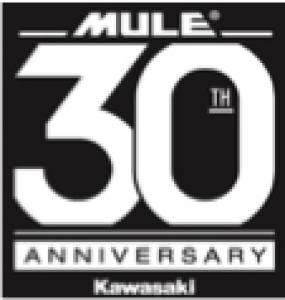 OVER A HALF MILLION MULE™ SIDE X SIDES HAVE ROLLED OFF THE LINE AT KAWASAKI MOTORS MANUFACTURING CORP., U.S.A. IN LINCOLN, NEBRASKA

The Kawasaki MULE™ side x side is built Kawasaki STRONG. Constructed with strength, dependability, and reliability, it should be no surprise that for the last 30 years the Kawasaki MULE side x side has been assembled in the United States with foreign and domestic parts.

“Of course, it was a long haul from concept through development to get that first unit off the line. After making motorcycles, Jet Ski® watercraft and ATVs, throughout our history at KMM, this was a completely different product. It was a little funny looking compared to our other products but looked practical,” said KMM Sr. Vice President/COO Mike Boyle. “Since the product was so different and to focus on getting it right, we made a new assembly line for the first MULE production. When the first unit rolled off the assembly line it was more a mixture of relief and pride in getting it done, and the hope that the MULE would catch on with the public.” With the MULE side x side, Kawasaki revolutionized the utility vehicle segment, which has seen substantial growth for the Powersports industry.

The facility has expanded greatly since it opened in 1974, when it was owned by Kawasaki Motors Corp., U.S.A.  Starting with only a 270,000 square foot plant, operations are now hosted inside of a 2.4 million square foot compound made up of multiple buildings. The vast expansion was also accompanied with advancements in technology and an improved production line. A major breakthrough in the assembly line process came in the form of an in-floor conveyor system that raises and lowers each unit as it enters a new workstation. This creates a more comfortable environment for workers as well as eliminates the need to manually raise and lower units as they enter different stages of assembly.

Boyle said about KMM’s employees, “Many of our employees farm, have acreages or raise livestock, and they understand what it means to have a vehicle that you can count on. When you visit KMM, you'll see this pride in how particular our employees are and how they nit pick the smallest detail. This comes from the expectations and culture of the company and the environment in which people were raised.”

“Kawasaki Heavy Industries, Ltd. (KHI) started full-scale production of motorcycles over a half century ago. The first Kawasaki motorcycle engine was designed based on technical know-how garnered from the development and production of aircraft engines, and Kawasaki’s entry into the motorcycle industry was driven by the company’s constant effort to develop new technologies. Numerous new Kawasaki models introduced over the years have helped shape the market, and in the process have created enduring legends based on their unique engineering, power, design and riding pleasure. In the future, Kawasaki's commitment to maintaining and furthering these strengths will surely give birth to new legends.

“Kawasaki Motors Corp., U.S.A. (KMC) markets and distributes Kawasaki motorcycles, ATVs, side x sides, and Jet Ski® watercraft through a network of approximately 1,100 independent retailers, with close to an additional 7,700 retailers specializing in general purpose engines. KMC and its affiliates employ nearly 3,100 people in the United States, with approximately 260 of them located at KMC's Foothill Ranch, California headquarters.

“Kawasaki’s tagline, “Let the good times roll.®”, is recognized worldwide. The Kawasaki brand is synonymous with powerful, stylish and category-leading vehicles. Information about Kawasaki’s complete line of powersports products and Kawasaki affiliates can be found on the Internet at www.kawasaki.com.