All About ODES UTVs
Written By:
Moxie Karasek 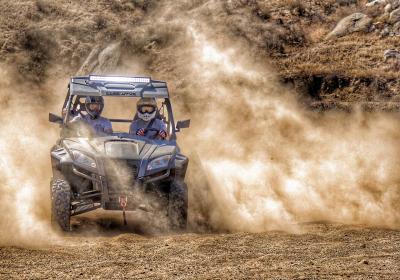 Chances are, if you’re a powersports enthusiast, ODES is a name you’ve heard before. You’re going to hear it a lot more. With exciting new models, patented technology, and aggressive marketing, ODES is on the move and planning to play a long term, significant role in the development of the sport. And when aren’t new ideas and a fresh set of eyes a good thing?

ODES UTV has been around for nearly a decade producing and selling products all over the world. The ODES Brand is now managed out of its main corporate office in Riverside, CA. Thanks to a landmark contract between ODES Asia and SC-Worldwide in the USA, ODES UTVs was formed in 2011 and has taken over distribution for the ODES Brand Worldwide and maintains the marketing, branding, and engineering for the ODES brand of UTVs and ATVs. That’s a good thing! As all of the factories had to learn at some point in their history, the end product is much, much better if the development and engineering is done much closer to the end consumer. It’s difficult to understand what the owner needs on his ranch in Texas or the trails of Tennessee if the engineering team work from an office cubicle in Asia. ODES came to that conclusion as well, and since then if it rolls on wheels, it will be run by good old American Industry guys. The company moto is, “American Ingenuity, UTVs done right.” 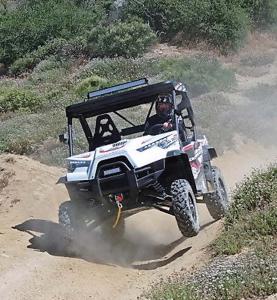 With a patriotic stance, the ODES UTV logo shows the date of 12-15-1791. Considering this predates any practical internal combustion engine by about a century, we wondered what it meant. As it turns out, that is the date that Virginia became the deciding state to approve and ratify the Constitutional Amendments and the Bill of Rights became law, signifying ODES’ fierce belief in the Rights and Freedom of every citizen.

ODES feels it is their responsibility to offer the best quality product for the money. That means lots of testing of every component. Their parts and UTVs go through extensive testing during 3,000 mile durability tests. Even individual parts are tested like the switches which go through over 2,000 on/off cycles. It’s all about meeting both their own and the end customers’ expectations. Through the development process, ODES has patented and marketed a number of proprietary designs and even accessories for their line which includes patented Hard Cab Enclosures, Rear Winch System, a patented Dual Fan Cooling System, Custom Wheels, and even an exclusive performance exhaust systems through Two Brothers Racing.

Besides official factory development testing by ODES technicians, a couple times a year ODES sends an invitation to the media to come to the Riverside California facility or Arlington, TX location to ride and test machines. ATV & SxS Illustrated was invited to join in June 2016 and also on the invitation list for September testing. A few hours of flight time later, we were taking a factory tour and then it was off to ride with the ODES staff at California’s Cleghorn OHV Park. 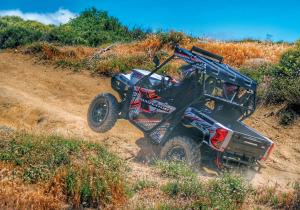 ODES IN THE FIELD

The Cleghorn OHV Park is part of the San Bernardino National Forest and offers excellent desert and mountain views. It is open from June to October and Jeeps, ATVs, UTVs, and Dirt Bikes share the trails. We were told there is an abundance of wildlife and it is possible to come across bobcat, coyote and an occasional bear, but we were there to experience the wildlife of the ODES lineup! A quick rundown of the ODES lineup includes:

Most manufacturers offer accessories, and there are tons of aftermarket accessory makers as well. ODES takes that one step further and can outfit their machine exactly with what will work best for you. A full choice of accessories includes bucket seats, Vi-LOCK Suspension, new Heavy Duty A-Arms, and more. One thing we really liked and is sure to be a welcome feature for anyone carrying tools, hunting gear, etc. are the Lockable Storage Boxes on each side of the bed to keep those valuable tools and equipment safe. 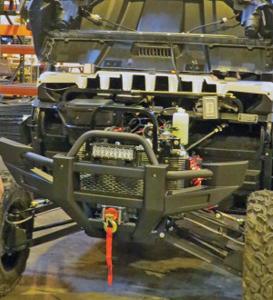 The Dominator is their top-of-the-line recreational / utility model and features sporty looks on 29" 6-Ply tires wrapped around aggressive 15" Aluminum wheels, allowing you to tackle any terrain with no problem. The Dominator units come fully loaded with a front winch, full roof and windshield, rear winch (2dr dominator and x2 models only), metal frame doors, LED Light bars and more! The Dominator X4 starts at just $13,695 and can be equipped with either a 60 HP, 800cc liquid cooled engine, or a 1000cc, 86hp powerhouse. Both offer a two year warranty.

The ODES Raider is their sporty model and is similarly equipped to the Dominator models, with similar warranty and accessories. We spent an afternoon prowling around the Cleghorn ride area on the Dominator and generally had a great time. A full ride review will be coming soon, but during our too-short ride, we found that we really appreciated the power and maneuverability of the Dominator, which we tested in both the two and four passenger configuration. Both machines were capable at climbing hills and taking sharp turns with ease. Both models also had nice bucket seats, consoles were easily readable, and they never lacked for power. We did feel the bucket seats were a little firm, but these models being brand new probably just needed to be broken in a bit. We also missed the grab bar on the passenger side dash, but a grab bar on the roll cage works very well and it aids in getting in and out of the vehicle. That’s where ODES customization comes in and you can configure your machine right from the dealer to how it works best for you.

All ODES ATVs and Side x Sides can be purchased through local dealers. To make it easier, you can set up a test drive via the ODES website, get a quote on a customized machine and also apply for financing right online through ODES. Replacement parts can be ordered on the website to US, Canada, Puerto Rico, and Mexico, or ordered through your local dealer.

ODES ON THE MOVE

ODES has big plans for their lineup and are expanding their dealer base to make it happen. Expect to see more ODES models on the trails and at ride areas soon! 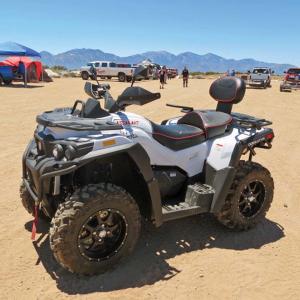 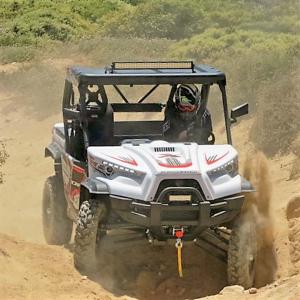 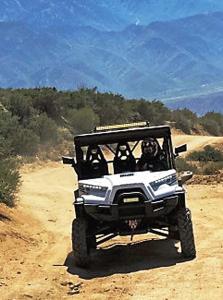 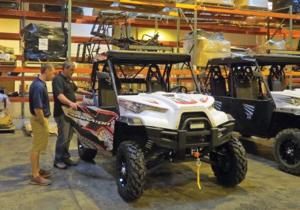 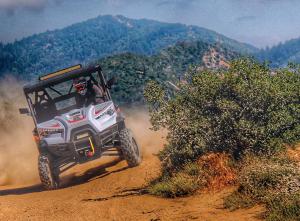 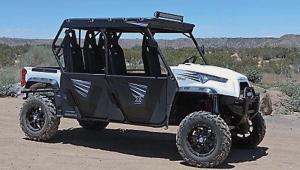 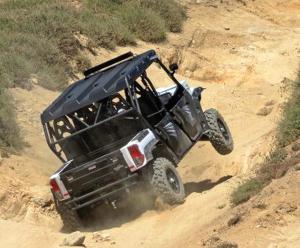