Grabbing Gears with the 2017 Yamaha YXZ1000R SS
Written By:
By Rick Sosebee. Photos by Hoppen Photography 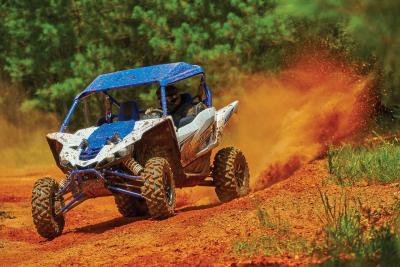 Last year Yamaha released their version of pure sport performance with the YXZ1000R. This machine brought a real sequential shift lever and foot operated clutch to the off road community for the first time in a SXS as well as speculation on how well it would be received. Some questioned if having to shift gears would limit the high revving, triple cylinder machine to the more experienced drivers in the UTV market. We should have known Yamaha would have an answer waiting. A paddle-shifting version of this machine would further widen the customer base for the YXZ1000R, and within nine months a Sport Shift version of the machine was announced.

Fast forward to a hot summer day in the great state of South Carolina. For the first time media guests from all over the USA would be getting their chance to spend a day behind the wheel of the 2017 YXZ1000R-SS to see if the new transmission was all it was touted to be. The location for the days adventure would be none other than Big Buck Grand National Cross Country series course. Lined with tight trails, tall trees, deep woods, and creek crossings it would be a perfect place to test the new machine. Steep climbs up and out of the lower sections of the property and tall, rutted drops into the bowels of the property were waiting. To say that the YXZ1000R-SS was going to get its time to shine was an understatement. 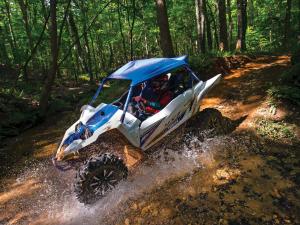 Getting right to business, we sat down in the drivers seat and immediately grabbed the paddles between our fingers. The paddles are fixed to the steering column and are wide, wing shaped, and within easy reach of the driver. The tall, comfortable, high back seating gives you that “in the cockpit” feeling and prepares you for what you’re about to experience. Stepping on the brake pedal, grabbing the ignition switch and twisting the big triple to life brings an immediate rumble felt in the cab. Pushing the console mounted gear selector forward gets you into the first of five gears and it’s all up to your right foot at this point.

Cruising the YXZ1000R-SS in the woods is very easy and first or second gear will more than effectively get the job done. In the wider, longer stretches you can open the fire breathing mill up while flipping the paddles up or down as you climb through the gears. This motor builds its best power up high in the RPM range so we were anxious yet determined to make this power plant scream before shifts. Actual shifting duties are handled by very precise and intricate computer algorithms’ that happen seamlessly as well as instantly. Should you mistakenly try to down shift the YXZ1000R-SS during a time that would put the engines RPM range too high the onboard computer will prevent the gear change. This type of protection keeps everything safe and the owner from destroying their rig. It knows more about shifting than you do!

It didn’t take us long before we had gotten used to the shifting points and we began to realize just how fun this system really was. Feeling comfortable in a machine is essential to finding its full potential. During our ride we began to relax and flipping the shift paddle shifter up or down a gear became second nature. The system actually becomes intuitive and your mind seems to process the action without even thinking. This allows you to concentrate on the trail and the added confidence is sure to open up this machine to many more off road enthusiasts. I would venture to say there is also something that can be said about YXZ’s ability to be lugged around in the woods. Most would consider the high-speed desert terrain to be the natural home for this high revving machine, but that is not always the case either. There were many times when we did not get out of second gear and had plenty of hair-raising fun. 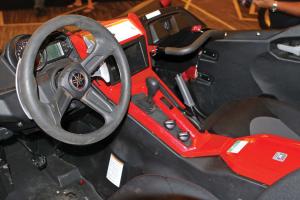 The newest YXZ had another feature we were briefed on but had not yet tried. This would be the YXZ Launch Control. If you’ve got a race to win or just want to show off a little it is one cool feature. With the brake pedal pressed and both paddles pulled towards the driver you will notice the green launch light appears on the dash. While holding the steering wheel you simply step on the go pedal until you get the revs above 5000rpm or listen for the rev limiter scream out at 10,500rpm as we did and then you drop the paddles for take-off. With the gas pedal still on the floor the YXZ1000R SS will lunge forward as you flip the up-shift paddle. You can keep this incredible engine screaming and keep shifting without lifting your foot. Once you can get your head wrapped around the fact that redlining this engine is not a problem, albeit completely unnatural on anything else, you begin to really get a grasp on just how effective this feature is. This will be a great feature for racers, but huge fun for everyone else. It definitely adds to the excitement of the machine and the days ride.

Yamaha wasn’t done showing us what the YXZ1000R SS could do. The Big Buck course includes plenty of incredibly slick, steep hill climbs that might be a problem for less experienced riders if they were forced to use a clutch but were unaccustomed to feathering it. The rocks and ruts would make that even tougher. Yamaha was eager to show that situation would not be a problem and they had it under control. 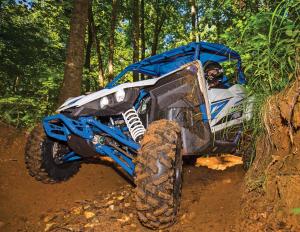 There were three or four very long and steep inclines on the trail where Yamaha’s product peeps had us each stop in the middle of the hill to simulate the potential for a slower or stuck vehicle in front of us. This test would simulate a situation that can get very alarming as well as hazardous to the clutch. Once stopped on the hill we were instructed to step down aggressively on the go pedal. The YXZ1000R SS gave a quick shudder for an instant to grab traction and then it pulled us up the hill. It’s a little hard to explain but imagine you’re stuck on an incline with nothing but a manual transmission between you and cartwheeling to the bottom. All you can do is slip or bump the clutch to get moving again without stalling. It’s never an easy maneuver, but the YXZ1000R SS does it all for you so very seamlessly that you have to concentrate a little to even notice. Getting this small detail in place for even the most inexperienced rider means Yamaha has opened many more doors for potential customers.

Yamaha took the best traits from the YXZ1000R like a screaming, horsepower pumping engine, the incredible FOX suspension , and a comfortable cockpit, and with a major change to the transmission morphed it into an all-around ride that is sure to make owners very happy. Whether roaming through the desert or tight woods all you need to do is point it where you want to go. We had an incredible time riding the new Sport Shift YXZ1000R and the location was also perfect for testing what it could do. We can’t wait to do it again, and we’ll look for even more innovation out of the engineers at Yamaha! 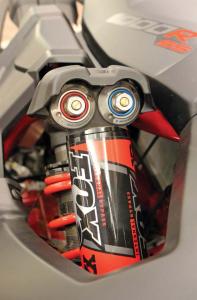 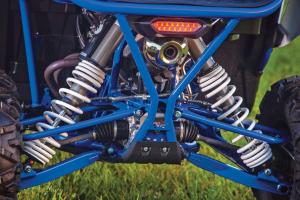 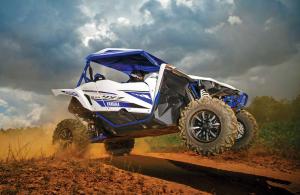 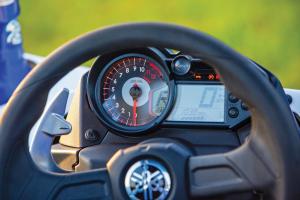 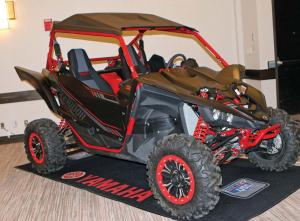 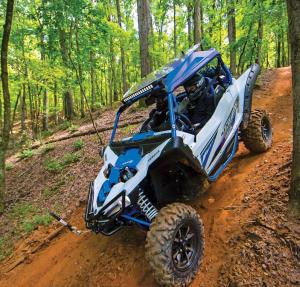 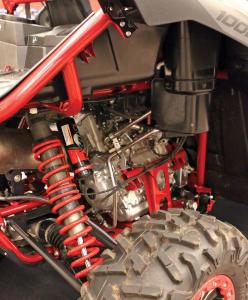 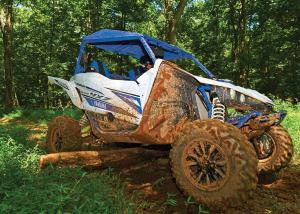