Which is best for your ride?
Written By:
John Arens 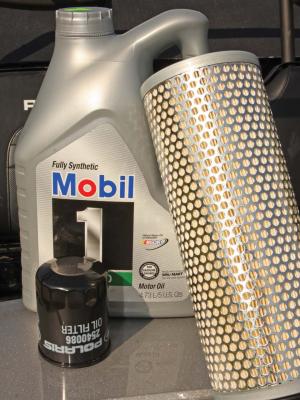 We’ve all seen riders pour buckets of money into their ATV or Side x Side, yet they never think twice about what keeps it running. Along with a clean air filter, clean, high quality oil is vital to keeping your engine running smoothly for many years, and just like your relationship, it all comes down to chemistry.

Everything in the universe is made up of chemical elements. What type of elements, how they are combined, and in what state (liquid, solid or gas) determines the final composition and shape. Mother Nature provided the building block elements for all mineral or petroleum lubricants, and a rough carrying structure in the thick crude oil pumped from the ground. The process known as “cracking” refines the liquid into the fuels, oils, and lubricants we use in nearly every product, and this is how common petroleum or mineral oils are formed.

Synthetic lubricants were created in a laboratory decades ago to solve a problem common to the rapidly expanding aviation world. Jet engines were in the early stages of their development, and the extreme temperatures common to that type of motor would quickly break down conventional oils, leaving the high speed bearings unprotected. No doubt this was a worrisome condition for many jet engine designers and test pilots alike. A blown engine on the ground is one thing, but in the air it becomes something entirely more disconcerting to the guy holding the stick!

The reason synthetic oils worked better for high temperature applications is that man-made synthetic oil doesn’t contain the naturally occurring chemicals that break down at high temperatures. Scientists could manipulate the molecular structure into perfectly uniform strings, with molecules of the same size, creating a minimal friction surface. Synthetic oil is also manufactured without many of the chemical compositions that contribute to oil oxidation and sludge buildup. Traditional mineral or petroleum based oils contain small amounts of sulfur, wax, and other materials that can promote detonation as well as varnish and sludge, and with no wax, synthetics will flow at much lower temperatures. The best synthetic oils use a combination of up to three different synthetic base fluids--polyalphaolefin (PAO), synthetic esters, and alkalized aromatics to achieve the desired properties.

While synthetic lubricants were initially designed to withstand extreme heat, the manipulation of their chemical structure has allowed them to provide excellent protection in cold weather as well. Traditional mineral or petroleum based oils thicken in cold weather, causing the engine to crank over much slower and harder, while synthetic oil is affected much less. It flows much easier at engine start-up, allowing it to be quickly pumped throughout the engine, offering much improved protection against friction. Many engine builders claim a cold start condition is where most engine damage is created.

Conventional petroleum based oil is formed from an inconsistent mixture of long and short chains of carbon and hydrogen atoms, which have a much higher friction coefficient, especially in cold weather. On the opposite end of the spectrum, in extreme heat those same short molecule chains evaporate more quickly, and with them go your critical lubrication.

Does Your Engine Need Synthetic Oil?

All tests show that synthetic oil offers superior engine protection under extreme operating conditions. The question then becomes, what is “extreme”? Conventional automotive engines like those in your car or truck operate at relatively low RPMs as compared to your ATV or Side x Side engine, and they operate for extended time in a constant rpm range. By design, your ATV, Side x Side, or motorcycle engine operates at much higher RPM ranges, with constantly varying throttle input, often times in the dusty or muddy conditions common to off road driving. In addition, they may also be carrying a heavily loaded vehicle, or be tackling very formidable terrain such as when you’re climbing a steep mountain trail. Your engine must contend with all of these factors and still provide excellent reliability. When compared to their automotive cousins, we consider ATV or Side x Side engines quite often fit the definition for “extreme condition” operation.

Our certified staff mechanic, Pete Bengel, has done extensive study and tests on different oils, their additives, and lubricating properties, and his conclusion has been that synthetic oils offer significant protection advantage for engines not using a wet clutch. (This would be for a CVT transmission type engine.) Independent tests between many brands of oil consistently rate two brands of oil above all others in almost every test category. AMSOIL usually comes out on top, followed very closely in many cases by MOBIL-1. Amsoil is readily available from independent dealers and select retail outlets, and nearly every race track and ride area has a local Amsoil representative that can help you out. Mobil-1 is the product of an enormous international corporation and can be found nearly anywhere. As much as we detest having to drive by a Wal-Mart seemingly in every remote village across the planet, we have found one time we’re actually happy to wade through the 37 checkout lanes, (with 3 open) to visit them. No doubt through strong arm tactics, Wal-Mart carries Mobil-1 synthetic oil in a 5 quart container, while all other retailers we know of carry the 4 quart container for an identical price.

Another reason many people consider using synthetic oil is extended period between oil changes. Since synthetic oil composition does not break down as easily, this may work better for road vehicles, but for the harsh conditions of off-road use, we recommend you change the oil at the manufacturer’s recommended interval found in the owner’s manual. Better safe than sorry!

Both Amsoil and Mobil offer a synthetic blend that is designed for a wet clutch transmission like those found in sport ATVs or dirt bikes. These oils have been formulated for motorcycle, ATV, and Side x Side engines that require their oil to not only lubricate the engine head, crank, and bearings, but to provide consistent feel for the clutch as well. They are also optimized for the high operating temperatures of air cooled engines.

Rebuilding a modern 4 stroke engine is much more costly than slapping a new piston in an old 2 stroke, and clean, high quality oil is critical to the extended life of your engine. Synthetic oils definitely help prevent wear, keep your engine clean, flow easily, maintain viscosity, prevent rust and reduce friction. They maintain their lubricating properties regardless of condition, and are available in a wide viscosity range. Some tests and engine builders claim the thinner synthetics even produce more power, but we’re happy just to have the added protection. As for the chemistry of your semi-dysfunctional relationship, you’re on your own!