A Look at the Leatt-Brace Protection System 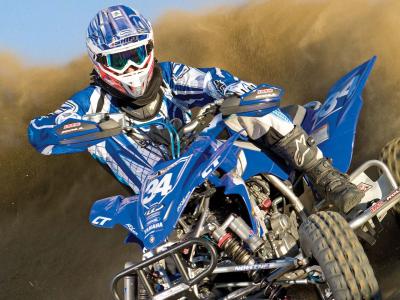 The one injury athletes in every sport fear is devastating damage to the spine.  However remote the possibility, it’s always there and for the unfortunate few who suffer such an injury, it’s almost always a life changing event.  Thankfully, new materials, better methods, and advanced medical research have aided the recovery for some, but nothing beats doing all you can to avoid the injury in the first place.  Those same materials, medical technology, and testing methods have been applied to new products and today one of the best pieces of equipment you can own next to your helmet is a quality neck brace.

Dr. Chris Leatt got his inspiration for the neck saving device while enjoying a weekend out riding with his son.  A bad crash by another unfortunate rider started his mind working, and like any good doctor, he was more concerned with the proactive approach to health rather than playing catch-up by reacting to injury. Three years of design, modeling, and testing later, the first LEATT-BRACE was sold, and two years after that, it was revealed to the world.  A long awaited and badly needed revolutionary piece of safety equipment was now available, but back at the lab, the work was only beginning.

Leatt Labs was born out of the need for a design and testing facility that could do the critical work to create a truly life saving device.  While there are many talented designers, engineers, and shops in the sport today, Leatt Labs is the only one we know of dedicated to medical work.  They’re not going to make your engine more powerful, your bike faster, or get you to the checkered flag first, but what they are going to do is give you a far better chance of walking off the track or trail after a bad crash.  We’ll take that any day! 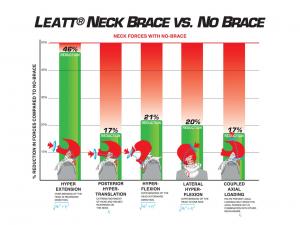 The main goal of any protective device is optimum protection from injury, but it must also fit well, not impede performance, and be easy to use.  Dr. Leatt and his associates spent countless hours designing and perfecting not only the protective aspect to the Leatt-Brace but also making sure riders would find it comfortable and then use it in the field.  As with any equipment designed for protection or medical use, testing would have to be meticulous and well documented.  Today Leatt Labs uses the same crash test dummies and procedures the automobile manufactures do, and the unknowing testers are fitted with dozens of sensors that measure a crash.  This type of sophisticated instrumentation and testing is not cheap, and the dummies alone can cost over 100K each.  As a result, Leatt partners with some of the same certified testing facilities auto makers use, but there is another testing option both utilize as well.  As sophisticated as any test dummy may be, it’s hard to duplicate a true human form, and for that they have, on rare occasion, used a cadaver through medical schools.  That’s right, people who have willed their bodies to medical research after they’re gone.  We didn’t request a tour, but we’re sincerely grateful they are so thorough.

Today no product leaves Leatt without passing an incredibly stringent set of requirements.  As part of their world class quality control, if one part is found to be out of spec, the entire batch is pulled, and every part is re-inspected.  Finally, an independent third party quality control auditor also checks the products and can shut down the whole process if a problem is found.  If the product is designed for safety, it must be perfect.  As the Leatt people like to say, safety is a serious business.

There are several key components to the Leatt Brace system and it all starts with the overall design.

Designed for Comfort and Protection

The Leatt-Brace has been designed to ergonomically fit comfortably around you.  In order for Leatt’s Alternative Load Path Technology™ to perform at maximum potential, it’s necessary that your brace fits properly and all Leatt-Braces offer independent adjustability, although some models have more adjustment than others.  All are designed to be worn close to the skin, however, and after your jersey, the Leatt Brace is the next thing you put on.  The adjustability also allows for use with many different chest protectors.

We all know somebody who has snapped a collarbone, or in my case, my sisters snapped it for me.  Unfortunately, the collarbone is one of the weakest bones in the body, (Far weaker than two teenage girls on a sled as it turns out).  A small amount of force can snap a collarbone, but so can landing on your arm as force is transmitted up the arm and into the shoulder.  Helmet chin bars have also been known to fracture a collarbone, and while collarbone injuries are far less severe than neck or spine injuries, the Leatt-Brace is designed to prevent your helmet from reaching the collarbone area.  The Leatt-Brace is also designed with a collarbone cut-out section, and to allow for free movement of the arms without the collarbone coming into contact with the brace.  Its main area of protection will always be the neck area though.

The Leatt-Brace is a high-tech device made from composite materials, all selected based on their mechanical properties and utilized where they work best.  The main components are:

Fiberglass Reinforced Polyamide Resin:  Microscopic glass beads are infused into the plastic to increase its bond-strength.

Shock Absorbing Biofoam:  The foam helps absorb impact energy, spread out the load, and slow deceleration of your head and helmet, bringing it to a controlled stop.

Despite their advanced composite materials and construction, all Leatt-Brace components meet both the United States and the European regulations that govern the use of any harmful chemicals or additives.

Thoracic Strut – The Business End of the Leatt-Brace

The Thoracic Strut at the rear of the Leatt-Brace is the part that takes up the force in a crash.  Its main job is to keep your head from rotating backwards, and you can think of it almost like a shock absorber for your neck.  Unlike a shock absorber, however, when the thoracic strut reaches a preset level of force, it begins to crumple; which is a method of controlling damaging force and deceleration of your head.  It’s almost exactly the same way your car protects in an automobile accident.   The thoracic strut is made from a special weave of Carbon Fiber and Kevlar, and is located at the rear of the Leatt-Brace between the shoulder blades where it can in effect assist the para-spinal muscles surrounding your spine while not transmitting force to the spine itself.   Exhaustive testing has helped Dr. Leatt and his crew determine the optimum size thoracic strut to offer maximum protection without restricting movement. 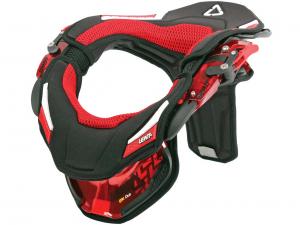 Whether in a car or in a protective device like the Leatt-Brace, crumple zones are all about controlling energy and deceleration, at least as they can likely be predicted in an accident.  Integrated crumple zones in the brace help absorb impact energy and divert this energy away from the neck.  Specifically, the rear upper member of the brace is designed to deform and give way in a controlled manner in an accident, and other crumple zones are incorporated into the front member and strut design.

Should you crash and require track medic assistance, the last thing you want is your gear to obstruct their progress.  Dr. Leatt realized the importance of having access to your vital areas quickly, and your neck is their first go-to area.  Thankfully, the Leatt-Brace has a pair of red, quick release clips they can use to remove the front or rear sections of the brace easily.  Why red?  So they can quickly identify them.  The clips do have a double-locking mechanism that ensures the brace is kept secure around your neck when riding.

The Leatt-Brace comes in several different versions ranging from $250 for the basic GPX Adventure II to the top of the line GPX PRO at $699.  Even though there is a wide range in price, the difference is mostly made up for in adjustability, padding, and venting, but the level of protection never waivers.

So when should you use a Leatt-Brace neck brace: Whenever you’re out sport riding, racing, or driving aggressively on an ATV or Side x Side.  Nobody wants any type of injury, but there are some that are far more catastrophic than others.  A broken arm isn’t nearly the problem a broken vertebra is.  We ALWAYS wear a high quality, fully certified helmet because our head can’t be replaced and is hard to fix.  It’s the same with your neck.