YAMAHA STEPS UP WITH $100k FOR ATV and SIDE X SIDE RACERS
Written By:
John Arens

Every racer needs pit buddies. They’re the ones you can count on to help change a tire, check your chain, or a hundred other details that need to happen on race day. Once the gate drops it’s you behind the handlebars, but until then it’s most definitely a team effort.

Yamaha has been a fixture in ATV and Side x Side racing longer than any other manufacturer, beginning when the first YFZ 450 rolled into the showroom. For 2020 Yamaha has again strapped on their mechanics gloves and into the pits in a big way by backing ATV and Side x Side racers with $100,000 in bonus cash. There is even $10,000 available for YXZ1000R or YXZ1000R SS (Sport Shift) racers at the 2020 King of the Hammers (KOH) race on February 2. Go grab first place and get a big handful of cash! It’s not just about one race though. All qualified and registered racers competing in select series with a YXZ1000R pure sport SxS or YFZ450R sport ATV are eligible for payout, including Yamaha’s factory-supported racers. 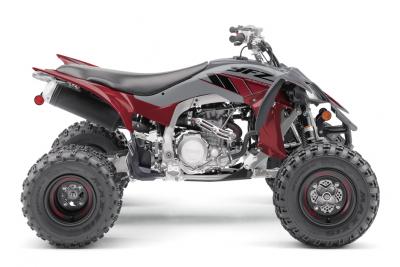 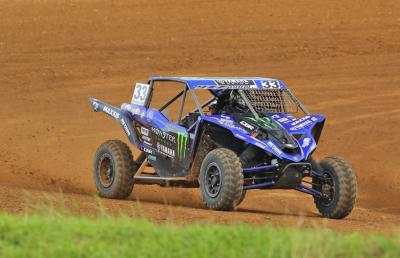 Yamaha’s bLU cRU program offers championship bonuses ranging from $2,500 to $15,000 – or even a new YFZ450R – for eligible racers competing in select classes with Yamaha’s 2019 or newer YXZ1000R, YXZ1000R SS, or YFZ450R models. Racers can register online at www.YamahabLUcRU.com and apply for the bLU cRU benefits. Once approved, racers will receive a reloadable Yamaha bLU cRU debit card and $45 credit on their bLUcRUswag.com account for bLU cRU apparel. These racers will be eligible to receive championship bonuses paid directly to their bLU cRU debit card.

“Yamaha welcomes all professional and amateur Side-by-Side and ATV racers to join the Yamaha family, compete under the bLU cRU banner, and potentially earn thousands of dollars – even a YFZ450R – as a championship bonus,” said Steve Nessl, Yamaha’s motorsports marketing manager. “Racing is in our DNA at Yamaha; we all share a passion for it and are excited to see the bLU cRU program expand and support our Proven Off-Road vehicles competing across the nation.”

Before you load up the trailer and head to the track, register for the full bLU cRU program benefits at YamahabLUcRU.com. After that it’s just a matter of picking a series to race.

Yamaha has practically owned the Pro-Class championships in both the GNCC series and the AMA ATV series since the first YFZ rolled to the starting line. That is unlikely to change this year as Yamaha factory-supported racing veteran, Walker Fowler, will defend his fifth-straight XC1 Pro ATV championship. The payouts go far beyond the pro class however, with new bLU cRU support in the 2020 GNCC ATV race season. Yamaha will now offer payout and prize opportunities – including the chance to win a brand new YFZ450R – to eligible participants competing in the majority of the XC2, Junior A, College A, Junior B, and College B ATV class rounds. Yamaha’s bLU cRU contingency for the overall winners of these GNCC classes will be as follows:

All above GNCC class bLU cRU racers: Entered to win a new YFZ450R 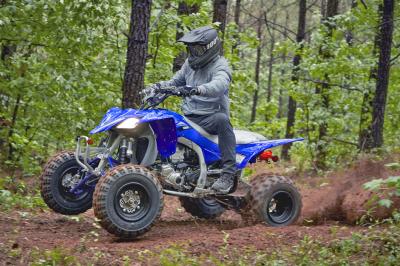 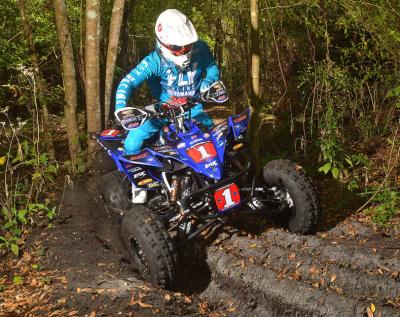 Heading up the American Motorcycle Association’s (AMA) ATV Motocross (ATV MX) bLU cRU effort for Yamaha is the six-time Pro ATV MX champion, Chad Wienen, on his Wienen Motorsports / SSI / Fly Racing YFZ450R. In 2016, Wienen became the second racer in ATV MX history, and only racer in 25 years, to win five-straight AMA Pro ATV MX titles. In 2018 he won the title again, and if Wienen keeps it up and earns a seventh ATV MX championship he’ll be challenging ATV racing legend Gary Denton as the all-time championship leader. Frankly, it’s a record we never expected to be broken, but Wienen and Yamaha are poised to do it. As with the GNCC series, Yamaha support is not just about the pros.

For the 2020 ATV MX season, Yamaha’s bLU cRU racer support program will offer payout and prize opportunities – including the chance to win a brand new YFZ450R – to eligible participants competing in the majority of the Production Stock rounds. Yamaha’s bLU cRU contingency for the overall winners of the 2020 ATV MX season’s Production Stock classes will be as follows: 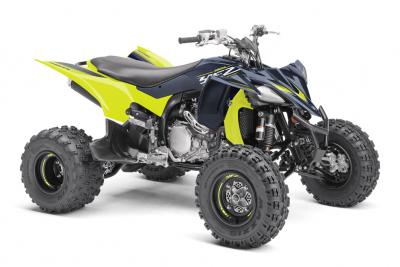 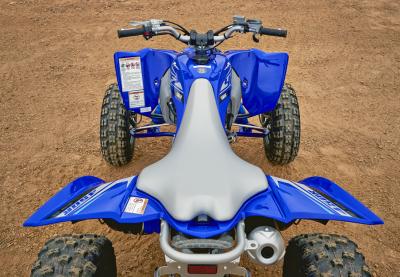 Thank you Yamaha for stepping into the pits and helping out in a big way. For more information on the bLU cRU program, including all guidelines and requirements for ATV and SxS racing, visit www.YamahabLUcRU.com. To view the entire Proven Off-Road ATV and SxS lineup and learn more, visit www.YamahaOutdoors.com. Connect with Yamaha on social media via @YamahaOutdoors or search any of the following hashtags on all platforms: #Yamaha #YamahaRacing #REALizeYourPodium #REALizeYourAdventure #ProvenOffRoad #bLUcRU #AssembledInUSA #Yamaha10YearBelt #YXZ1000R #YFZ450R 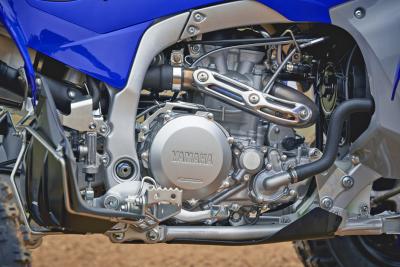