Got Your Six Motorsports is on a Mission
Written By:
John Arens 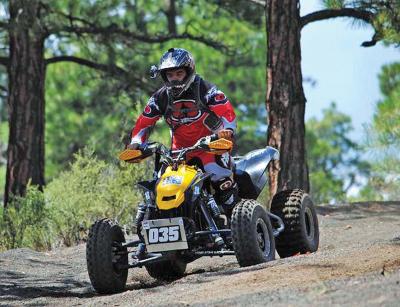 You’ve got hunting buddies, work buddies, and riding buddies but nobody is ever going to be as important to you as the buddy who has your back when a dedicated enemy is shooting at your front. In military terms they’ve got your six and what it means is you can depend on your buddy at all times, every time. It’s a lifelong bond like no other.

The problem with some lifelong bonds is life often takes friends in different directions. It happens and whether sudden or gradual, it’s not always easy. For those leaving the military where members are mustered in and out as part of assignments or enlistment fulfillment, the changing of personnel can be most acute. Numerous organizations back home have been created to support former soldiers during those times of transition from active duty to veteran status. There are veterans groups that enjoy just about every type of activity but the most interesting we know of actually turns to off-road action. 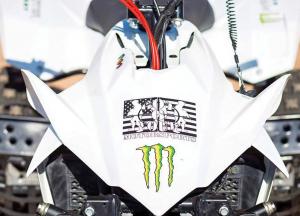 Got Your 6 Motorsports is a veteran oriented, veteran led organization dedicated to providing veteran’s with off-road racing experience. The goal of the program is to rekindle the feelings of brotherhood and purpose that many veterans miss after their military experience is over. It’s a competitive team experience in a safe, fun, and supportive environment.

Few activities offer the intensity of racing a Side x Side, ATV, or dirt bike across the desert or over a motocross track. The terrain constantly challenges you, the mud and dust pecks at every inch of exposed skin, and the speeds quickly become addictive. It’s as if all your senses are electrified and if it were a drug it would certainly be illegal. It’s also where we’ve met some of the best people we’ve ever known.

There is a bit of a brotherhood or family amongst off-road racers and when former Arizona National Guard Spec 4 Mike Garcia went looking for an opportunity to help veterans, riding offered the intensity and family-like support so many veterans had previously known. After suffering a shoulder injury (non-combat) during an Afghanistan deployment in 2013 Mike learned first-hand about that brotherhood, and later, about leaving it behind. With its elements of intensity and the friendship of other riders, racing had come to be a suitable replacement and an idea was born.

Former mustang Marine Corps Captain Blaine E. Moyer served as an infantry officer in Vietnam in 1968 and 69. He was wounded in action and is a 100% Service Connected Disabled Veteran but Blaine would be Mike’s listening ear, confidant, and as he describes himself, Mike’s chief encourager. Their idea to help veterans would be a team approach with a name that left no doubt about its origins or mission. 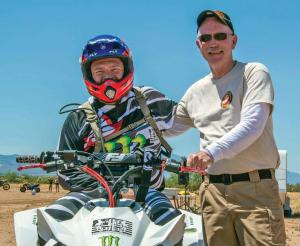 Got Your 6 Motorsports was founded not on a whim but as if it were a military mission. As a motorsports team the goal is to win races, but the bigger objective is to provide a therapeutic outlet for returning veterans. And with a country that has been placing members in all branches of its military in harms way almost continually there are a lot of returning veterans to be found. As Mike and Blaine can both attest to, no man or woman returns from a combat deployment as the same person who left. Our veterans today are often deployed multiple times which disrupts families and severely challenges their vocational and educational opportunities. They go willingly and give everything but sometimes they need a little help getting back. Got Your 6 Motorsports was founded to do exactly that.

Being part of a racing team immediately makes you part of something. Suddenly you have a group to rely on and enjoy a highly interactive, intense sport. Let face it, there is nothing like wicking the throttle wide open and pointing your machine down the track to test you and your machines limits against a field of other racers doing the same thing, all right beside you. No matter how much you golf, hunt pheasants, or shoot baskets you will never know that feeling. The camaraderie of the Got Your 6 Motorsports team goes beyond the checkered flag though. By spending time with veterans who have gone through many of the same experiences, team members can begin to work through any challenges while repairing damage done to their lives. And that makes every GY6 team member both vital to the group, and a winner.

With two years of racing behind them the Got Your 6 team is just getting warmed up. They’ve competed across Arizona, southern California, and in surrounding states but the goal for 2017 is to campaign the WORCS Series which is held at locations throughout Arizona, Nevada, Utah, and Southern California. That takes financing but Mike and Blaine wisely formed GY6 as a 501c3 Non-Profit Foundation so support and team sponsorship can be tax deductible. The strategy has worked and MONSTER ENERGY came on board but some expenses were out of pocket. In racing more sponsorship is always better and to take GY6 to the level Blaine and Mike envision is going to require significant outside sponsorship or financial contributions. 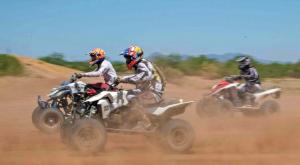 In their first couple years the team raced both ATVs and dirt bikes before including Side x Sides. This serves two purposes. Side x Sides are larger and can go through more parts, but they do have an advantage for safety and insurance. The bigger payoff though is they allow veterans with more severe injuries to participate. Just ask former motocross racer Mike Young about his hand controlled Polaris RZR (ATV & SxS Illustrated July/August 2015). The Got Your 6 team is also looking for new members! Veterans interested in racing, or as being mechanics, technicians, and support crews are encouraged to contact the team, as are non-veteran volunteers who are welcome. There is always plenty to do in the pits!

Most motorsports teams have one goal. The Got Your 6 team shares that but beyond collecting trophies they have an even larger, more important mission. Members of the team are far more than somebody to turn wrenches or twist throttles; they’re also buddies you can count on. The uniform might have changed but it’s the same guys in it and once again they’ve got your six.

To contact Got Your 6 Motorsports for more information about being a sponsor, volunteering, making a donation, or becoming part of our veteran team contact Mike at: gotyour6motorsports@gmail.com or at www.gotyour6motorsports.org. 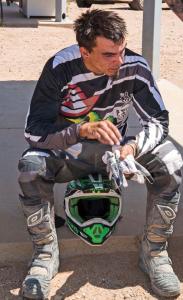