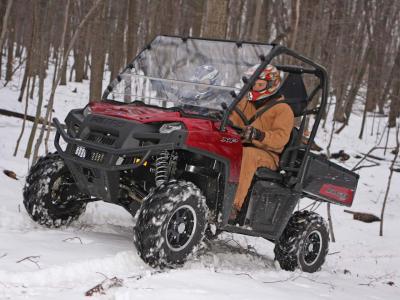 Regardless of the season, our testing never stops. In rainy, cold, or just plain nasty conditions, that can mean a less than comfortable ride. One vehicle that sees almost daily use is our Polaris Ranger. Whether on a trail ride or wood hauling duty, like anybody else, we look for extra comfort where we can find it. When the snow began to fly last winter, it was time for a little more protection.

We’ve used the Seizmik Cab system in the past, and it definitely increases the vehicle’s versatility in the nastiest weather, sealing out everything but intestinal parasites. The biggest factor in a more comfortable ride, however, is found by simply blocking the wind as it sweeps over the hood and directly down your neck. Rather than install another full enclosure, we opted for a new, dual pane windshield we wanted to try on our Ranger, and with the snow piling up outside, it was time to get the VersaShield into action.

Installing the Seizmik VersaShield is relatively simple and requires only a few tools. As with all Seizmik parts, there is a clear set of instructions, although we like the challenge of working without the script. Empty the box into the back of the Ranger and dive in! Actually, we did refer to the instructions at the start of our build, and as usual for Seizmik, they were well written and included photos. 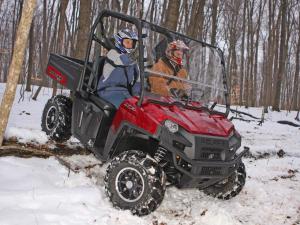 The first thing we did was peel off the protective film and install a rubber seal along the bottom edge of the windshield. Center the rubber strip from side to side on the windshield, and then work it into place. We suggest you start in the center and work towards the outside to avoid moving the seal in either direction. The seal is rather stiff and requires a firm hand and a little pressure to work it into place, but once on the VersaShield, it does a good job of holding onto the clear plastic windshield. When you come to one of the cutout areas designed to clear the RANGER hood, work the seal strip around the curves a little at a time, and you may even want to use a tool to help “roll” the seal down into the corners. We used the wooden handle on a hammer. That was simple enough!

With the lower seal firmly attached to the VersaShield, have a buddy help you place the new windshield over the Ranger corner posts. Since the VersaShield is a two-piece system, work with just the lower section at this time, and lower down onto the Ranger hood. Both you and your buddy will also need two of the flexible plastic, post mount P-clips, and the hardware for each. Slide the VersaShield into place down onto the hood, and install the hardware. We never fully tighten any new part, however, until all the mating pieces have been installed and are in the correct final position. Now grab the upper portion of the windshield and install in the same manner. You will also need to install two of the post grabbing P-clips to the upper frame cross bar as well. 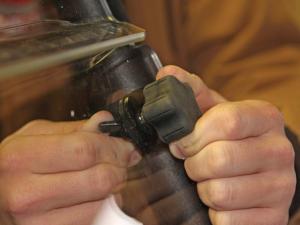 It’s easy enough to install the windshield and post mount P-clips, but we made a modification to one. Polaris includes a nifty passenger handhold on the front roll bar, but unfortunately, where it is welded to the post gets in the way of one of the windshield mount P-clips. This is most likely due to the handhold being mounted in different locations on various RANGER models, but we had a solution. We simply cut out a section of the P-clip to give ourselves extra clearance and to make installation easier. Since the P-clip is made from a highly durable plastic, you can carve it out with a utility knife, file, saw, or a grinding wheel as we did. Now it fits perfectly!

With our modified clip, we were able to slide the upper portion of the windshield fully into place against the lower half of the VersaShield, but before doing so, you will want to install the clear rubber seal along the bottom edge of the UPPER half of the VersaShield. This will eliminate vibration, and keep air from blowing through the crack. With everything now in place and the two halves firmly against each other, tighten all the hardware mounts. We used all the Seizmik hardware, but to be honest, we didn’t really care for the wing nuts included in the kit. We would much rather use a nylock nut to keep the nut from loosening and to make it easier and faster to install with a socket. HOWEVER, if you choose a nylock nut and socket, DO NOT go overboard on tightening the nut, which could crack the clear windshield! Using the wing nuts supplied with the kit will at least prevent you from over tightening, but at a much slower pace. 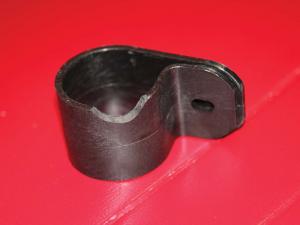 Any time we install a new part, we can’t wait to get it into action. With the Seizmik VersaShield in place and ready to go, we fired up the RANGER and headed to the woods.

As expected, blocking the wind made a huge difference in the comfort level of the driver and passenger. Even with snow flying by on each side, behind the clear VersaShield it was easy to enjoy the ride, and it actually increases the usability of the UTV in nasty weather. There was a second benefit that we did not expect as well. With the VersaShield in place, it was actually a quieter ride! Our hypothesis is that with much of the front wheel noise now blocked, the noise level in the passenger and driver compartment is actually reduced. Whatever the cause, there was a noticeable difference and it was easier to carry on a conversation inside the UTV. Since the VersaShield is mounted with vibration absorbing plastic and rubber mounts, there is no vibration between the Ranger hood or corner posts and the new windshield.

If you can change the tires, you can install the Seizmik VersaShield. It went on easily, works great, and is a welcome addition to any UTV for year round operation. The VersaShield definitely improved our winter riding and we intend to leave it on all year long, with only the lower half for a little extra air flow in the summer or with both panes in place for full protection in cold weather. Either way, it’s nice to have options, and the VersaShield is one we’ll always want to have!