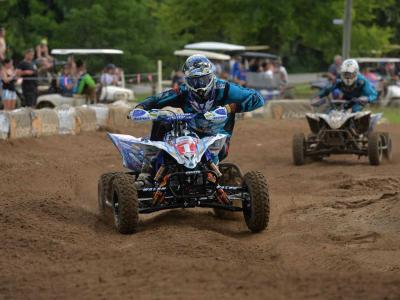 The pair have been riding their YFZ450Rs to the top of the podium all season capping 2014 with first and third place finishes at the finale at Loretta Lynn’s Ranch in Hurricane Mills, Tenn., on Saturday, August 9. Wienen scored 1-2 on the day for an overall win, while Brown grabbed 2-3 giving him third overall at Loretta’s.

"The 2014 season was one to remember – the entire Wienen Motorsports Yamaha Team worked in sync,” Wienen said. “We were able to accomplish big results this year by winning eight out of the nine rounds for our team. Yamaha has provided us with race-winning performance once again with the 2014 YFZ450R, and we are looking forward to the 2015 season aboard Yamaha again."

Wienen, who has been collecting championships ever since he mounted a YFZ450R in 2012, scored seven overall wins out of nine rounds this year and finished second in the only two stops he didn’t win. Brown, who earned second place overall in 2013, has been on the podium all year as well. He landed one of the two wins Wienen missed and nearly secured second place overall again for 2014 missing it by a mere two points.

“Chad and Thomas definitely have a winning formula with their YFZ450Rs, placing them squarely at the top of ATV MX racing for three straight years,” said Steve Nessl, Yamaha ATV/SxS group marketing manager. “Yamaha is extremely proud of their accomplishments and their character on and off the race track. These guys know how to race, and they are great representatives of the sport for Yamaha and the Wienen Motorsports team.”