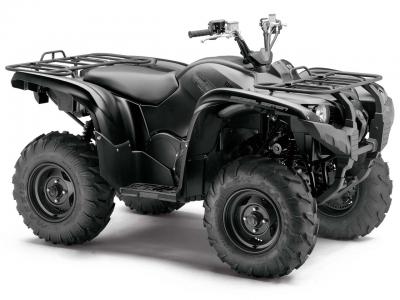 Yamaha’s 2013 Grizzly 700 4x4 and Rhino 700 4x4, including the new Tactical Black SE models, are the most off-road capable and durable in their classes both featuring Yamaha’s exclusive Ultramatic® automatic transmission, the most durable CVT system in the industry, and Yamaha’s On-Command® push-button 2WD, 4WD and 4WD diff-lock system.

“Yamaha is more involved in the outdoors than any other ATV manufacturer and has developed the new Tactical Black Special Edition Grizzly and Rhino models based on the fast growing tactical enthusiast trend,” said Steve Nessl, Yamaha’s ATV/SxS group marketing manager.  “Yamaha’s Grizzly 4x4 and Rhino 4x4 models are assembled at Yamaha’s U.S. state-of-the-art factory by a highly trained and passionate U.S. workforce.  Yamaha is proud to say the most durable and reliable ATV and SxS vehicles are assembled here in the U.S.A. – at the Yamaha factory in Newnan, Georgia.”

In 2010, Yamaha announced a long term production transfer strategy to move the great majority of its worldwide ATV production to the Yamaha Motor Manufacturing Corporation of America (YMMC) factory in Newnan, Georgia.  Last year, Yamaha moved the production of its top-of-the-line utility ATVs, the Grizzly 700 and Grizzly 550, to YMMC, and this summer, Yamaha is bringing its first sport ATVs to the U.S. factory – the 2013 Raptor 700 models. 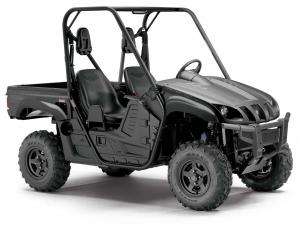 The production transfer will continue through the end of 2013, and when complete, could result in Yamaha adding 200 or more American jobs at Yamaha’s U.S. factory as well as additional jobs at the company’s 125 North American parts supplier companies.  YMMC will ultimately be responsible for nearly all of Yamaha’s worldwide ATV production including both utility and sport models.