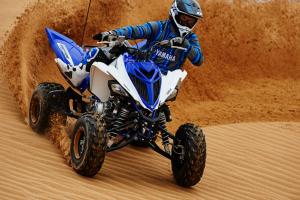 Yamaha is celebrating its 60th anniversary this year with classic Yamaha yellow and black styling on the 2016 Special Edition Raptor 700R (MSRP $8,899) and Special Edition YFZ450R (MSRP $9,199) sport ATVs. The Raptor 700R and YFZ450R are the best selling and highest performing models in the world of sport ATVs. They epitomize the pinnacle of ATV performance and racing dominance on the track, trail and dunes. The 2016 anniversary models combine motorsports history with the height of modern performance. 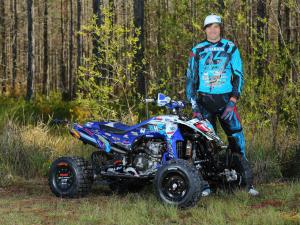 CYPRESS, Calif. – February 26, 2015 – Yamaha Motor Corp., U.S.A., has announced its 2015 ATV race teams featuring reigning champions and contenders riding the 2015 Yamaha YFZ450R in both the national MX and cross country series. Leading the MX teams for Yamaha in 2015 is three-time AMA Pro ATV champ Chad Wienen on his Wienen Motorsports/SSI YFZ450R. He is looking forward to starting his title defense at the inaugural Daytona SX event. Maxxis/Moto-XPerts Thomas Brown, who took third in AMA Pro ATV competition in 2014, returns to Yamaha again this season and also has his sights set on a 2015 championship. 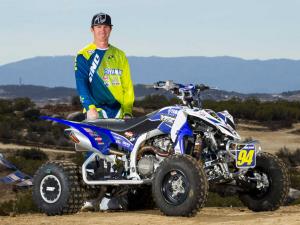 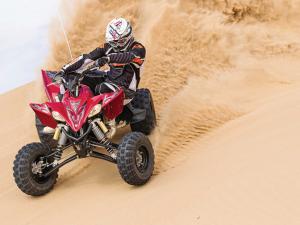 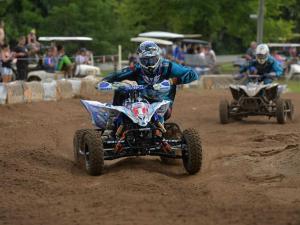 CYPRESS, Calif. – August 14, 2014 – Yamaha Racing’s Chad Wienen captured a historic third straight AMA Pro ATV MX Series Championship last weekend, and his Yamaha and Wienen Motorsports teammate Thomas Brown took third overall for the season. The pair have been riding their YFZ450Rs to the top of the podium all season capping 2014 with first and third place finishes at the finale at Loretta Lynn’s Ranch in Hurricane Mills, Tenn., on Saturday, August 9. Wienen scored 1-2 on the day for an overall win, while Brown grabbed 2-3 giving him third overall at Loretta’s. "The 2014 season was one to remember – the entire Wienen Motorsports Yamaha Team worked in sync,” Wienen said. “We were able to accomplish big results this year by winning eight out of the nine rounds for our team. Yamaha has provided us with race-winning performance once again with the 2014 YFZ450R, and we are looking forward to the 2015 season aboard Yamaha again."

As much as we like climbing over obstacles, exploring trails, and swimming through mud on a utility ATV, nothing gets us back to the roots of why we began riding in the first place like spending time on a great sport ATV.  It’s riding just for the sport of it.  There is no hitch for hauling around work or racks for toting hunting gear, but it is riding for no other purpose than to enjoy the moment.  No company understands that better than Yamaha.

2014 YFZ450R is Assembled in U.S.A. and Topping Podiums Across the Country

CYPRESS, Calif. – November 19, 2013 – Yamaha ATV Racing standouts Walker Fowler and Dustin Nelson recently wrapped their 2013 seasons with podium finishes to cap a standout year for the boys in blue. Fowler and Nelson are two of Yamaha’s leading ATV racers – part of a national team that has topped podiums, capture championships and reinforced Yamaha’s place atop ATV racing aboard their YFZ450R race machines. When it comes to sport ATVs, the Yamaha YFZ450R is the only quad to continue to evolve with updates in the 2014 model that boasts power gains and improved handling. The highest performance, most technologically advanced sport ATV on the market is also now assembled in Yamaha’s U.S. factory in Newnan, Georgia. 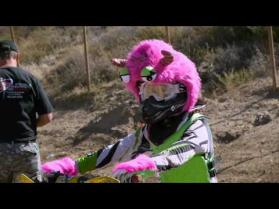 For Round 7 of the Quad X ATV Racing Series, the racers are back at The Ranch in Anza, CA. Last time here, Yamaha's Dustin Nelson suffered a gnarly crash, but can he rally to regain the points lead for team Yamaha on his YFZ450R? Or will Davey Haagsma continue to stretch out his overall lead? Watch the racing coverage to find out! 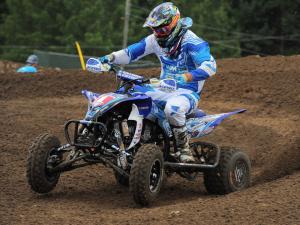 CYPRESS, Calif. – August 15, 2013 – Finishing a very strong 2013 season, Yamaha’s Thomas Brown took his first ever AMA Pro ATV win atop his YFZ450R this past weekend at the 2013 season finale at Loretta Lynn’s Ranch in Hurricane Mills, Tenn. Chad Wienen, who won his first AMA Pro ATV Championship aboard his YFZ450R last year, was second overall at the series finale after securing his second consecutive championship the previous round.  The strong showing by both riders all season long also helped Yamaha secure its second AMA Pro ATV Manufacturer’s title.