Minneapolis, March 4, 2015 – Polaris® Industries Inc. (NYSE: PII), the leading manufacturer of off-road vehicles and The Professional Rodeo Cowboys Association (PRCA)  today announced a national partnership recognizing the industry-leading utility vehicle (UTV), Polaris RANGER, as the “Official UTV of the PRCA, the RAM National Circuit Finals Rodeo and Wrangler National Finals Rodeo.”“Given that the majority of our members and fans reside in rural America, this partnership is a perfect fit,” stated PRCA Commissioner Karl Stressman. “Polaris RANGER’s commitment to ProRodeo truly shows the marketing efficacy of this sport and we are proud to have them onboard.” 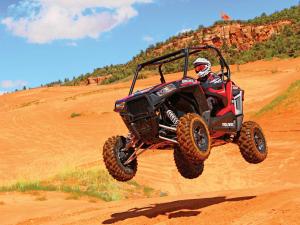 Care to guess which manufacturer builds the most models of ATVs and Side x Sides? Most people would pick Polaris as we did, but it got us thinking - just how many models do they make? The answer surprised even us, and when the company that has recorded so many firsts in the industry released their 2015 lineup, they crossed another huge threshold. With different models and configuration packages, Polaris now has over 100 models to choose from. For 2015 Polaris really put the throttle down and released a huge number of new ATVs and the Side x Sides, hitting practically every type of user. 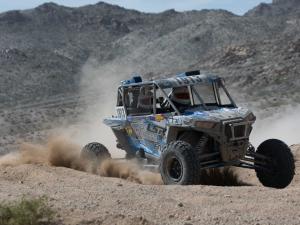 Minneapolis, Feb. 25, 2015- One hundred and twenty two UTVs would line up for the Polaris RZR UTV World Championship presented by UTVUnderground.com making it the largest UTV race ever. In the desert race, Polaris Factory Racer Branden Sims, in his Lonestar Racing No. 1913 RZR XP 1000, would take the lead on the first lap and never look back in the Walker Evans Desert Championship to win the grand prize package which included a brand new Polaris RZR XP 1000. RZRs would take the top 11 spots in the race once again showing the dominance of the vehicle in racing. In the Production Class, Jacob Shaw in his Magnum Off-Road Polaris RZR XP 1000 would take the win in the Holz Racing Products Production Championship and also take home a new Polaris RZR XP 1000. Polaris Factory Racer Beau Baron would hit the podium in third with the top 11 finishers in RZR vehicles. The race also offered a Production RZR 170 race which saw a dozen vehicles line up. Seth Quintero in his Magnum Off-Road RZR 170 would take the checkered flag and is one to watch in the future.

Save the date–Camp RZR Brimstone 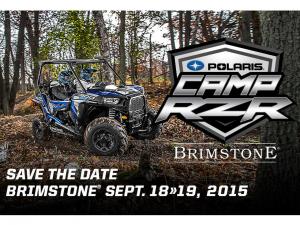 Polaris RZR Fans, Mark your calendars for one of the greatest off-road weekends of the year. Camp RZR Brimstone® returns bigger and better than ever to Huntsville, TN September 18-19! We can’t thank last year’s fans enough for Camp RZRs success, and we’re thrilled to make this year the best one yet.    Off-road enthusiasts from around the country will gather for two days of complete adventure and full-on, family-friendly excitement with plenty of action-packed fun for everyone. Get ready to throttle through rugged trails, show off your machine and listen to incredible live music. Along with tons of demo rides, prize giveaways and so much more, this is one weekend you will not want to miss!   More details on 2015’s Camp RZR Brimstone® will be announced soon. Check back often, save the date and get in on the action at www.camprzr.com and camprzrbrimstone.com. 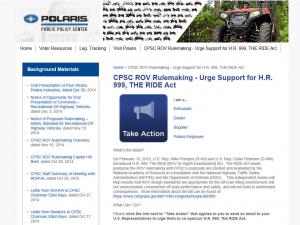 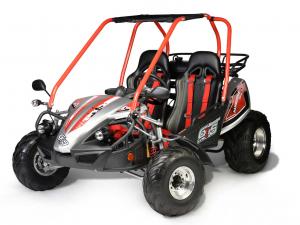 MINNEAPOLIS (February 18, 2015) —Polaris Industries Inc. (NYSE: PII) today announced it has signed an agreement to acquire HH Investment Limited (”Hammerhead”).  Hammerhead manufactures gasoline powered go-karts, light utility vehicles, and electric utility vehicles in Shanghai, China.  The Company markets its products globally under the Hammerhead Offroad® brand, along with maintaining key private label relationships with other OEMs.  The transaction is expected to close within the next 90 days.  The terms of the pending transaction were not disclosed.

Polaris Takes the “Plunge” in a Big Way

Company was No.1 fundraiser for all Large Minnesota Corporations at the White Bear Lake Plunge 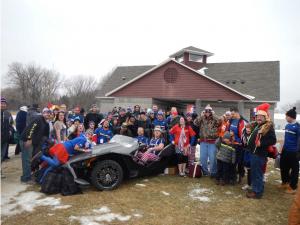 Minneapolis, February 13, 2015 – Polaris® Industries Inc. (NYSE: PII) today announced the company, through its employees and matched by The Polaris Foundation, raised almost $30,000 for Special Olympics Minnesota. The company also donated two snowmobiles which will be offered at raffle by the organization. “Polaris is proud to lead the way in fundraising efforts for the Special Olympics Minnesota’s Polar Plunge,” said Scott Wine, Polaris Chairman and Chief Executive Officer. “This organization provides wonderful programs for more than 8,100 Special Olympic Minnesota athletes and I’m pleased our employees embraced the cause in such a big way.”

RZRs Fill the SxS Pro Podium at WORCS Round 2 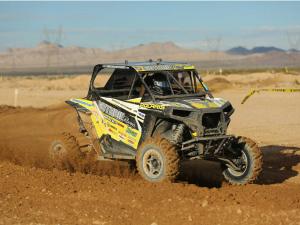 Minneapolis, Feb. 10, 2015-WORCS Round 2 at Buffalo Bills, in Primm, Nevada, would see Polaris RZRs sweep the SxS Pro Podium with David Haagsma taking the checkered flag in his Polaris RZR and Polaris Factory Racers Mitch Guthrie Jr. and Beau Baron taking second and third. Guthrie Jr., fresh off the win as a co-pilot at King of the Hammers (KOH), would change the tires on the KOH car and use it to race the WORCS SxS Unlimited Class. He would take second in the class showing the durability and versatility of the RZR XP 1000 EPS. He’d also take second with his WORCS RZR XP 1000 EPS in the Pro class. 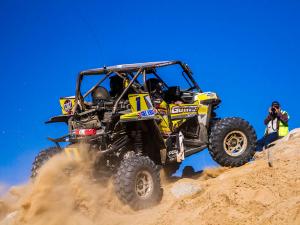 Minneapolis, Feb 6, 2015– The King of the Hammers (KOH) is known as the toughest off-road race in the world but Polaris Factory Racer Mitch Guthrie and his co-driver Mitch Guthrie Jr. are tougher winning their sixth Hammer in seven years, all in Polaris RZRs. Thirty-four Pro Class side-by-sides, predominately RZRs, would line up to try to take the Hammer and a brand-new 2015 RZR XP 1000 EPS, which was offered to the Pro Class winner as part of Polaris RZRbeing the official side-by-side of the race. This year’s course was the toughest one yet where the drivers would have to overcome some of the most difficult terrain in the world, such as the Wrecking Ball, Clawhammer, Jackhammer and Chocolate Thunder.

Minneapolis, February 5, 2015 –Polaris comes into the 2015 off-road race season with teams competing in the Grand National Cross Country series (GNCC), World Off-Road Championship series (WORCS), Best in the Desert (BITD), SCORE International, Lucas Off-Road Regional Racing Series (LORRS), King of the Hammers (KOH) and Mud racing. The company has expanded its race team once again for 2015 in RZR racing and will continue to field a Scrambler race team in GNCC. Polaris will continue to offer their ATV and Side-by-Side contingency and reimbursement program and has added a racer discount program for experienced racers on select models, including the Polaris ACE which a few racing series have added for the 2015 racing season.