For Wienen, he watched Joel Hetrick power his way to the heat one win as he sat on the gate warming up for his own heat race. The gate dropped and like a shot, the he was out front and looking incredibly strong even as pressure from Jeffrey Rastrelli was immense at the beginning of the heat race. When the checkered flag waved, Wienen left no doubt he was ready to take on all challengers.

Rockford Fosgate/Ti-lube/Honda's Joel Hetrick came blasting off the gate in the main with Wienen in pursuit, as the first turn chaos was just what Wienen needed. The tight turn allowed just enough shuffling for a quick burst of speed that sent him out front to make the racing bar-to-bar. With the series top two contenders now giving the crowd an epic show, it was anyone's guess how this would unfold with a rough track in front of them. When the riders emerged from a section that allowed a limited view, it was Chad Wienen with the lead and a familiar battle was once again underway.

The two front-runners were pulling away from the rest of the field; Hayden Mickelson and Jeffrey Rastrelli would run side-by-side until an incident would occur leaving Mickelson out of the race. Rastrelli would regroup and push forward to finish in the third place position. 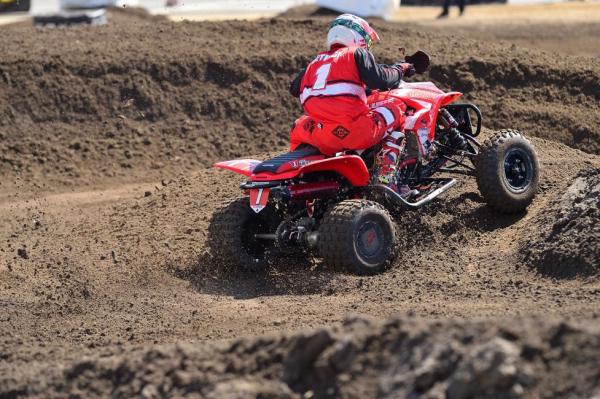 The laps would count down until the checkered flag flew as Chad Wienen cleared the finish line jump confident in his efforts as he took the win over Joel Hetrick and Jeffrey Rastrelli who finished 2nd and 3rd respectively. Wienen's win was a statement to his competition and his fans that he was still in this championship fight and aims to keep pressure on current champ Joel Hetrick. The defeat may be more of a blow to Hetrick's fans than to Joel, but the second place finish came all in a days work as there is an entire season that will afford plenty of chances for Hetrick to claim his share of wins and defend his number one plate.

Yamaha's Thomas Brown had a strong start to the season, and finds himself in a comfortable position after finishing in the fourth place position, while Ford Brothers Racing Honda's Nick Gennusa rounded out the top five.

The season kick off at such a historic location always brings an added element to the races and with a track that no one gets to ride before race day adds a level of uncertainty every year. Round two will feature another new stop on the series schedule where we should get a chance to really see our stars shine. 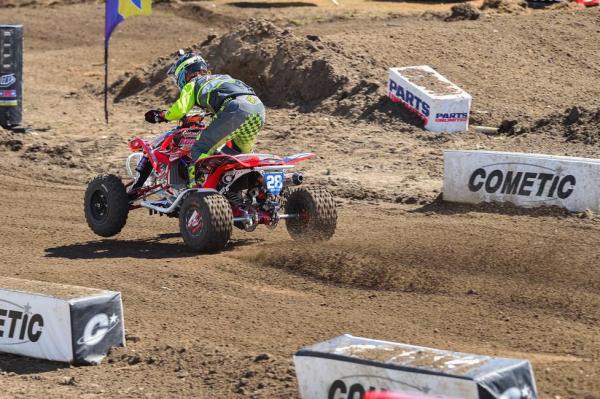 The 2018 ATV Motocross National Championship continues March 24 and 25 in Hamer, South Carolina at South of The Border MX. For more information on the event click HERE.

For more information on the 2018 ATV Motocross National Championship, visit the series official website at www.atvmotocross.com or call (304) 284-0101. Join the conversation on the series social media channels, along with receiving the most up-to-date news and exclusive content. 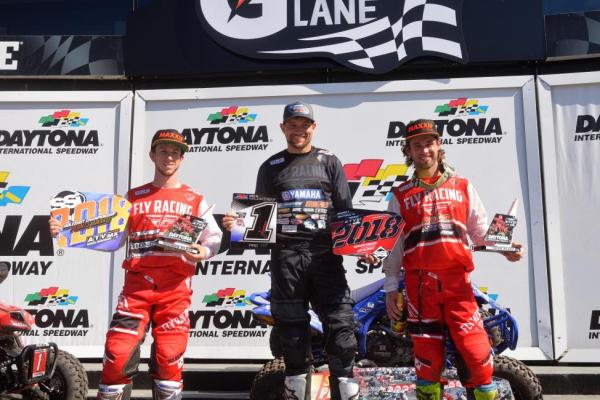 About the ATV Motocross National Championship:

The ATV Motocross National Championship presented by CST Tires, an AMA National Championship, is the nation's premier amateur and professional ATV motocross series, hosted at top motocross facilities nationwide. The 10-round series features the Nation's best racers, teams and sponsors, and is America's largest and longest-running ATV national motocross program. Since 1985, the series continues to expand and produce top talent from the amateur ranks, while premiering the professional class. For more information, please visit www.atvmotocross.com.

Racer TV and MAVTV are the official homes for coverage of the ATV Motocross National Championship (ATVMX) events. All 10 rounds, from the season opening ATVSX inside the hallowed grounds of Daytona International Speedway, to the ATV Dirt Days finale at the historic Loretta Lynn Ranch in Tennessee, will air in 30-minue; taped-delayed telecasts on MAVTV, while Racer TV provides live streaming coverage of four differing events. Catch all the action at www.mavtv.com and www.racertv.com.

About the American Motorcyclist Association: