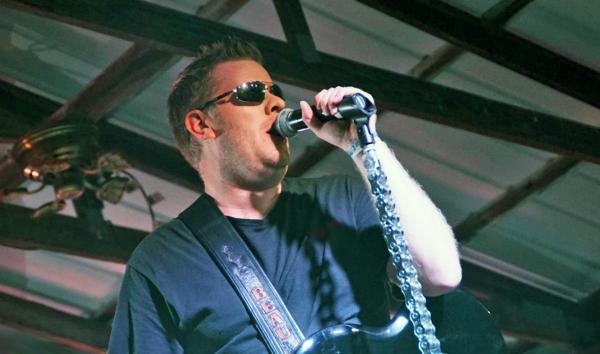 Brea, California (February 21, 2018) – Suzuki Motor of America, Inc. (SMAI) is pleased to support country music artist Beau Braswell as the presenting sponsor of his 2018 motorcycles and music tour. The Suzuki presents the Beau Braswell Way of Life Tour will kick off in Daytona Beach, Florida during the 77th Annual Daytona Bike Week with other stops at major motorcycle events across the country.

Braswell’s relationship with Suzuki is a special one. More than a platinum-selling country music singer, he’s also an accomplished flat-track racer. Beau starting racing at age 5, and by the time he was 8 years old, he had earned the first of his six AMA National Flat-track Championships. He eventually added two AMRA (American Motorcycle Racing Association) World Championships to the list.

“This is really unbelievable for my family and I as well as the team of people that support me. I'm so proud to join Suzuki and be part of such an iconic motorcycle brand,” Braswell said.

“Suzuki and Beau are a natural fit. Beau is gifted as both a musician and a motorcycle racer,” stated Paul LaBella, SMAI’s Communications Manager. “Through his music and outgoing personality, Beau shares his passion for motorcycling, and we believe many fans will make that connection, too.”

“I am very excited about the partnership,” Braswell added. “Suzuki has momentum and excitement with their lineup of motorcycles and ATVs, and have shown the support needed to make this tour great. The Suzukis are really great looking bikes, too. Honestly, I could have bought any brand, but after being able to check out the Suzukis I did what any racer would do. I went with the fastest bike that fit me the best.”

Braswell intends to cruise on Suzuki’s potent Boulevard M109R and do some select races on the new RM-Z450. “The 2018 RM-Z450 is the fastest 450 I've ever ridden. Now the fans will be able to come to my shows and see bikes like the Boulevard and the RM-Z450, and they will understand why I ride Suzuki."