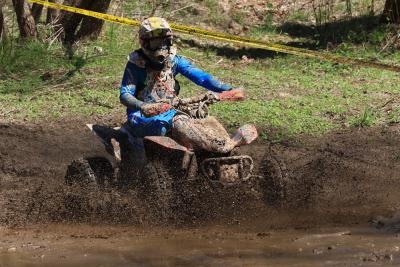 “We’re proud to support riders of all levels in their racing efforts,” remarked GBC’s Kory Ellis. “On behalf of everyone here at GBC Motorsports, we congratulate our riders on all of their hard work this season. Racing is very important to us; it’s in our blood and the lessons learned racing can be seen in each and every tire that leaves our warehouses. We are just humbled that so many riders put their trust in our products to help them compete at the highest levels.” 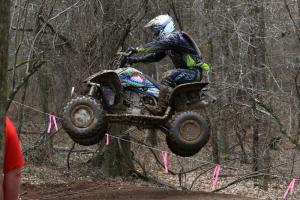 The Grand National Cross Country series is one of the nation’s premiere off-road racing series, and each year seems to be attracting more racers and spectators than ever before. The series closed the season with the famous Ironman GNCC, drawing 2400 racers and more than 20,000 spectators, setting the record for the largest off-road race in U.S. racing history. Once again, GBC Motorsports was well represented in this series, with sponsored racers claiming five class championships and dozens more finishing in the top five in their classes. 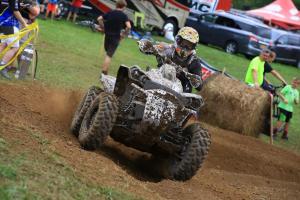 Landon Wolfe was recognized as a standout athlete this season, with the young racer consistently improving his finishes in the premier XC1 Pro class throughout the 13 race series. His impressive run culminated with a career-best 3rd place Overall at Ironman and 7th overall in the championship points chase. Wolfe was a new recruit for GBC in 2016 and based on his results and progress we expect him to be one to watch for the future. 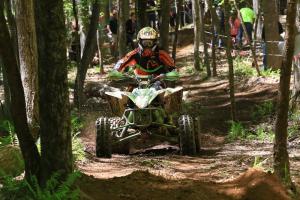 Richard Taylor and Justin Wood proved that age is only a number on the way to their respective class championships. Taylor ran a strong campaign in the Masters 50+ class, picking up five race wins and ten total podium finishes. Wood notched four mid-season victories in the 4x4 Senior 40+ class, securing his claim on the title after Round 11. 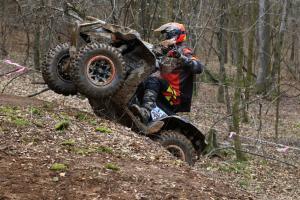 Jeff Miller was strong in the Junior A class in 2016, finishing outside the top 10 just once. His six race wins and ten podiums helped him edge out the competition for the class championship. Cory Blinkiewicz dominated the Vet B class with seven victories. Despite racing only ten of the thirteen rounds in the class, Blinkiewicz won the title handily.

As UTVs continue to grow in popularity recreationally, so too does the GNCC’s UTV racing contingent. 150 different teams competed in the six different classes in the 2016 season, which held UTV competitions at six different GNCC events. Davi Plavi made the most of the short season by winning three of the first four races in the XC2 Pro Sport class. His strong performances aboard his GBC Motorsports Mongrel tires helped him secure the title prior to the final round. 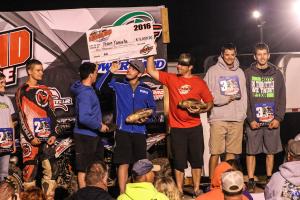 Many GNCC racers participate in other races and series throughout the year. These events provide opportunities to gain valuable racing experience in varied conditions. One example is GNCC standout Kevin Yoho, who in 2016 doubled up his racing efforts by running the American Woods Racing Championship Series. Yoho made the most of his time at AWRCS, winning both the Overall and QXC Pro class Championships.

In addition to supporting amateur and professional athletes in their racing efforts in series and events around the country, GBC Motorsports each year hosts the Heartland Challenge in Carlisle, Iowa. Billed as “The Most Challenging ATV/UTV Race in America,” the Heartland Challenge drew a total of 155 teams from 21 states, Canada and the UK to compete in 21 different classes for Heartland Challenge trophies, cash payouts and a year’s worth of bragging rights.

Learn more about GBC Motorsports tires for ATVs and UTVs at www.gbcmotorsports.com, and be on the lookout for more racing coverage in 2017 by following GBC Motorsports on Instagram, Facebook and Twitter.