There’s a reason the University of Nebraska teams are known as the Huskers. Corn and bean fields surround the town of Lincoln, home to the university, and you’re never far away from the areas agricultural roots. Farms silently sprawl out across the gently rolling prairie, and between the corn rows its easy to be transported far beyond world events. This is the land of flag flying, neighbor helping neighbor, and that gritty Midwestern work ethic. Make no mistake though, Lincoln is home to many global industries, and on the edge of town is the Kawasaki Motors Mfg. Corp. U.S.A. (KMM) plant.

Production at Kawasaki’s Lincoln facility began in 1975 and they’ve built well over 200 different vehicles including ATVs, Jet Skis, motorcycles, Mules, industrial robots, and even rail cars! With such widely varying products, the workforce has to be well trained, yet flexible enough to respond quickly to changes. Over 1500 people work at KMM, and there is great pride in their skills. On the plant floor it feels more like a team effort or even family. They’re good neighbors, which is why both the employees and Kawasaki’s response to the recent coronavirus is not surprising. KMM employees long accustomed to building watercraft and wheeled vehicles put down their welders and air tools and turned their attention to creating badly needed medical equipment. Kawasaki is used to winding trails. 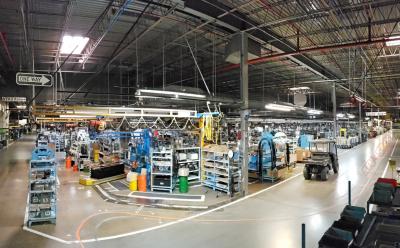 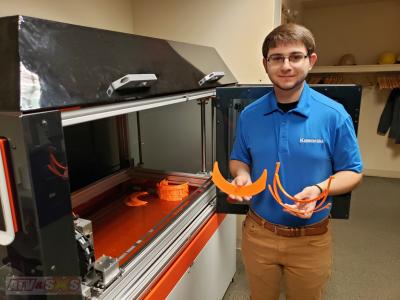 FROM ATV to TLC

Global manufacturers like Kawasaki have considerable manufacturing tools and experience they can bring to bear. Similar to what has transpired at automotive giants Ford and GM, Kawasaki was able to quickly form a focus team dedicated to designing not only the parts needed, but the tools, manufacturing methods, and chain of delivery to get the medical supplies into the caring hands of those who need them. The local pool of engineers is a tight-knit group, and when a nearby hospital let it be known they were running out of supplies, they went to work. Tyler Furman, head of Kawasaki’s response team, relays how it became a round the clock focus for the KMM crew: “I was contacted by a couple outside engineers whose companies had limited resources, but were looking for additional support in providing medical supplies that were immediately needed by front line care givers. Once we learned what was happening, we knew our capabilities could be a huge asset. We called in our people and resources from every department and put our tools to work to support our community. Now that has expanded far beyond this area, and last night I was contacted by the Iowa State Police about providing filters for some of their masks. They’ll be here in the morning and we’ll get to work on that too.” The teams first priority was hand sanitizer.

Nothing happens in a hospital without hand sanitizer, and although the hospital lab had been granted FDA approval to make their own, they didn’t have three crucial chemicals. Just down the road at KMM - in the paint department – two of the three key ingredients were to be found. Those same chemicals the factory typically uses for cleaning parts prior to painting can also clean hands before caring. Employees in logistics, service parts, and shipping departments got to work on the necessary hazmat paperwork and lining up a truck to deliver the chemicals and pumps to the lab. Kawasaki donated two 55 gallon barrels of isopropyl alcohol and two 55 gallon barrels of hydrogen peroxide, which was all they had on hand. ATV production would have to catch up later. With these chemicals the lab is actively creating hundreds of gallons of hand sanitizer, cleaning solutions, and disinfecting wipes for a network of over 50 hospitals. The next immediate need was face shields.

Engineering professionals in the Lincoln/Omaha community were tirelessly working to 3D print face shields for the University of Nebraska Medical Center (UNMC) and the 50 hospitals in their network. That’s a lot of shields! Even though Kawasaki was shut down, volunteers in the engineering group fired up KMM’s large 3D printer (typically used for prototype work), and working with the University of Nebraska - Lincoln's Innovation Studio, began printing face shields around the clock. Some staff members are even printing what they can on personal printers at home. The result of this group effort is hundreds of shields a day. As supplies run low, KMMs global reach comes into play as the Purchasing department is able to source supplies for more than 2,000 shields, and just like so many others working with KMM, the partner suppliers donated what they have to those in need. Purchasing is actively seeking the materials for another 12,000 shields, and hopefully no front-line care giver will have to work without the protective equipment they need. 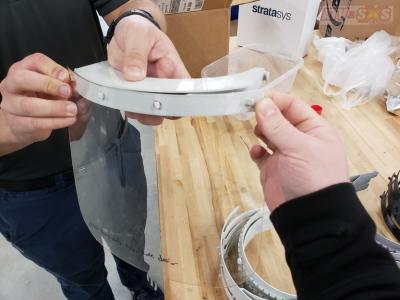 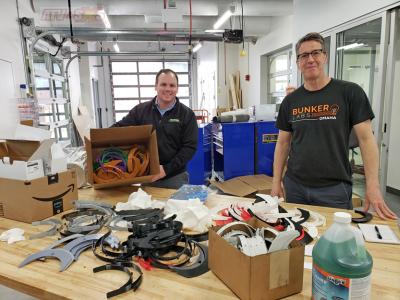 No family is untouched by this crisis. Kawasaki understands the difficulty for their enormous employee family and has been working with local businesses on ways to set up company funds (in addition to state unemployment benefits) for laid off employees. Whether for employees, their local community, or for communities far beyond the prairie, Kawasaki will continue to support the fight against this pandemic in any way possible, just as so many others are doing. Then again, that’s no surprise in Nebraska. That’s just what neighbors do. 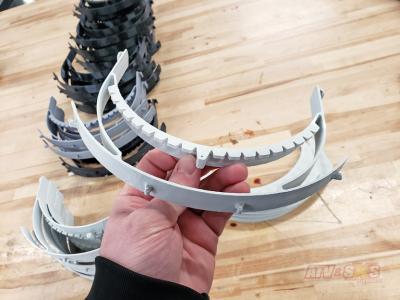 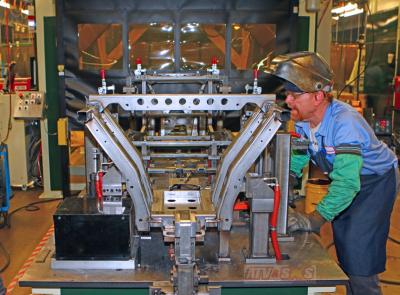 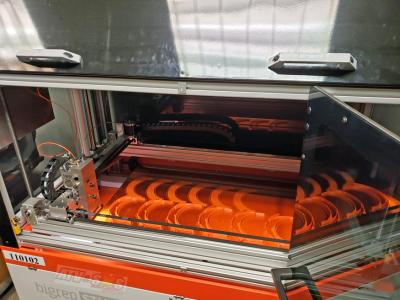