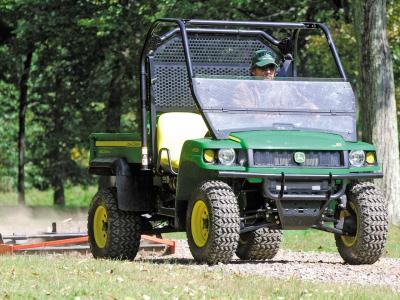 Few companies have build 500,000 of any product, but recently John Deere reached a milestone when the 500,000th Gator Utility Vehicle rolled off the end of the Horicon, Wisconsin line. No UTV is more closely associated with American agriculture than the John Deere Gator, and wherever we go there are Gators doing just about every job on the farm. They’ve become a modern day pack mule, extra hand, cattle herding Border collie, draft horse, and pickup all in one green and yellow package. Brutal operating conditions and almost no regular maintenance seem to be the norm for most Gators we’ve seen, yet they’ve more than proven themselves day in and day out. With over half a million of them in the field, we were anxious to find out a little more about the Gator that has been become one of the most widely used vehicles in agricultural history, second only to the horse and the tractor. David Gigandet, tactical marketing manager of the vehicles group at John Deere was kind enough to help us out.

The AMT 600 was the first utility vehicle built by John Deere in 1987. It was a one-seater, straddle-mount machine that was steered with handle-bars. This machine was the predecessor to the first Gator. In 1989, the AMT was upgraded to a two-seater vehicle with a steering wheel. In 1993, the Gator brand was introduced with a machine that’s similar to what’s on the market today. 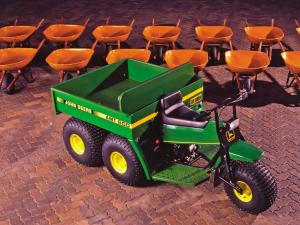 We’ve seen niche model Gators at ball parks and golf courses, but how many versions of the Gator are currently produced?

Have the Gators always been built at the Horicon Plant? Are other products built there as well?

We understand you count on global parts sourcing for some components just like other manufacturers, but do you rely on other nearby component and parts suppliers as well? 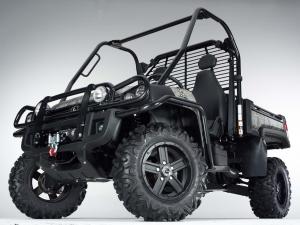 In addition to some global sourcing, the Gator Utility Vehicle is built with components sourced from many U.S. suppliers, including several Wisconsin-based suppliers.

Where is the Gator design and development work done?

Gators are widely used on farms everywhere but what key features does Deere believe makes them uniquely suited to the farm as compared to competing models? We know the color has to help….

The Traditional Series Utility Vehicle makes up the majority of our farm sales. One of the strongest features for this market is the low-center of gravity that increases vehicle stability. In addition, the low-pressure footprint does not compact the soil, and the lower cargo bed makes for easy loading. But overall, the durability, reliability and toughness are what’s made the John Deere Gator Utility Vehicle the most widely-used on the farm.

Does the evolution towards sportier models with more performance and features depart from the Gators AG roots or detract from their appeal to the core customer base? 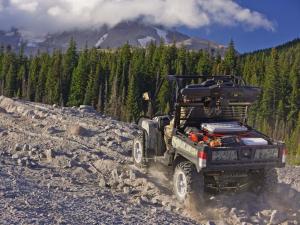 The evolution of the Gator to sportier, high performance models has been driven in a large part by consumer desire, including our core customers, for these features. Farmers want to go fast too!

To maintain that core customer base yet expand into new markets will the Gator family split into two directions, one continuing on the path of ever increasing off-road performance, and the other maintaining the hard working capabilities?

Yes, given the broad portfolio of our utility vehicles and our distinct model families, we can cater to our core customer base and their changing needs, as well as customers who are new to the John Deere family that didn’t grow up on a farm.

Thanks for your insight David!

The horse may have given way to the tractor which is still the primary tool for most farms today, but there is a second Deere in the barn and it’s not going away anytime soon. In fact, unlike Mother Natures gator that has managed to almost completely miss out on evolutionary changes since the dinosaur age, the John Deere Gator is continuing to evolve and it’s picking up the pace. While it will no doubt remain true to its hard working family heritage, the “fun factor” is likely to increase, and whether you ride in the Florida swamps or the Northern forest expect to see Gators on the trail!