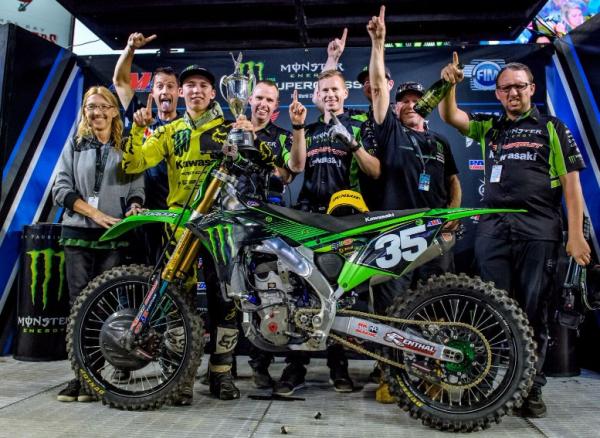 The second round of the Eastern Regional 250SX championship brought the racers to the West Coast of Florida for the first time in nearly 20 years. Forkner was able to race to his full potential after getting a start up front and passing for the lead just after the first lap completed. He pushed hard to keep his lead and was able to hold off advances on the final lap to claim his first victory. The win also propelled him to second in the standings, only five points back of the leader.

“I am so stoked to get the win,” said Forkner. “I felt the pressure coming, but I tried to hit my marks and pull a gap. I thought we were both going down but I just hit the gas and kept it up. I’m so happy for the team and to get this first win under my belt.” 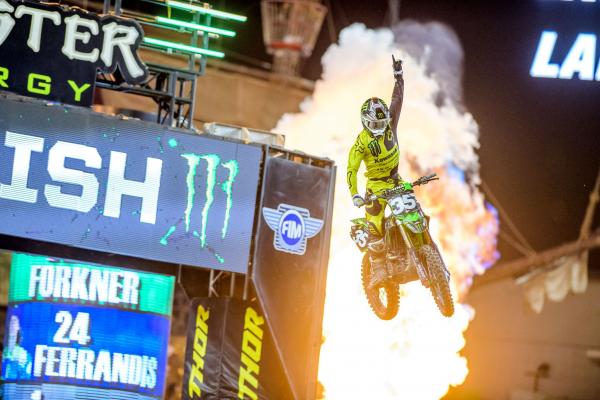 Davalos worked all week to get healed up and ready to get back on the gate this weekend after a hard get off at the opening round. He started the night off right and won his heat race, putting him in a good position for the main event. On the start, Davalos got pushed out just enough to come around mid-pack, but made up time when a fallen rider slowed up some of the racers. He started picking off riders and worked his way from seventh to finish fifth.

“It was really good to be able to get back out there and race,” said Davalos. “It was a tough week, but I was focused and knew I wanted to ride. I love racing in Florida and the track was really fun. It will be nice to build on this weekend.” 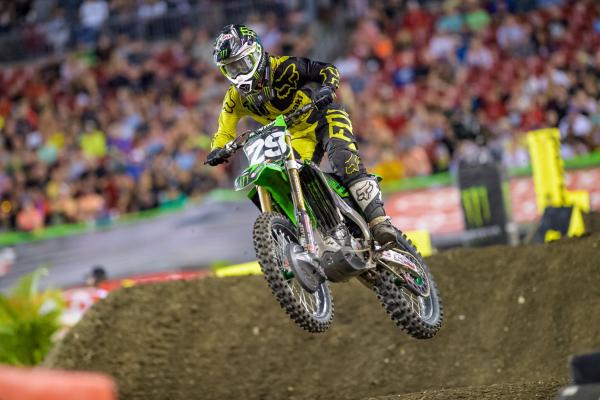