MSA TO THE RESCUE?

IS THE SNOWMOBILE ASSOCIATION HELPING ORV RIDERS, OR HELPING THEMSELVES?
Written By:
Thomas Dunn

One of the country’s largest snowmobile organizations, The Michigan Snowmobile Association, has recently decided the Off-Road Vehicle (ORV) community of Michigan needs their help!  Well, some of us anyway.  Their kind gesture was only extended to ATVs and Side x Side riders, while excluding motorcycles, jeeps, rock crawlers, etc.  In fact, their goodwill was entirely focused on the group with the largest registration numbers in the state, meaning the group that purchases by far the largest number of trail stickers each year, a move that is surely more than coincidental.  By limiting their outreach to only ATV and Side x Side riders they are in effect dividing the ORV user groups which is never a good thing, but it also is in direct conflict of the definition of ORVs in State Laws.  This does NOT UNITE the groups as MSA suggests in their announcements.  It truly makes one wonder; how did we ever get by without their kind assistance and thoughtful guidance in the past?    Here is part of the backstory. 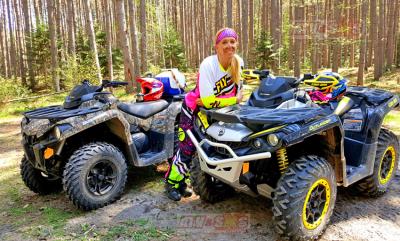 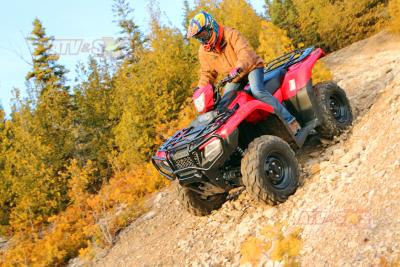 While it appears both programs are similar in operation and design, why the push to help organize the ORV users now?  The snowmobile community has several major problems, namely, lack of snow, $20,000 machines you can only ride for a couple months, and an aging demographic.  It all adds up to declining trail revenue, with no hope for improvement on the horizon.  Any guess where they are looking for supplemental dollars?

Snowmobilers need inclement weather just to enjoy their sport, and whether it can be attributed to climate change or just bad luck, it seems the winter riding season gets shorter each year.  This leads to less riding opportunity, fewer snowmobile registrations and permit sales, and less revenue to support the system and equipment needed to maintain the trail.  With groomers costing about $280,000 per unit they need a lot of sticker sales, and you still have to put fuel in it every day, or fix it when it breaks down.  In addition, the snowmobile trail system operates on 50% State owned land and 50% private property, of which some parcels are leased or have paid easements to use for the season.   All of this amounts to millions of dollars of annual expense.

ORVs have the advantage of being able to use their vehicles year-round, and they pay an ORV trail sticker fee which is allocated towards trail improvements and maintenance.  To make the best use of their finite resources (read funding) the Michigan trail systems try to have as many miles of multiple use trails as possible, allowing more than one type of recreational user.  Both the ORV’s and Snowmobiles benefit from this with approximately 800 miles of “shared” trail.  It’s the maintenance costs that are the bone of contention on these trails however, and the two groups have been at odds about maintenance responsibility and costs. 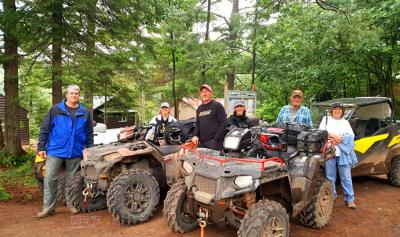 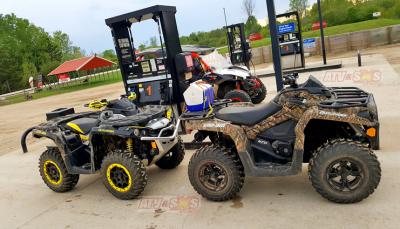 The ORV program pays for equipment used for combined ORV route/snowmobile trail grading using snowmobile program purchased equipment through a couple of different methods.  Grants from the ORV program includes all the cost involved to cover rental of equipment, maintenance, and fuel and labor costs.  ORV state laws do not provide the opportunity to buy the equipment in the same method the snowmobile program can, so in effect the ORV group contracts for it.  However, the Snowmobile program would like the ORV program to pay for the equipment during the off-season as well, but again ORV legislation doesn’t provide a way to do this, nor is there any perceived benefit to ORV riders doing so.  From the ORV groups position, they have little interest in paying to grade snowmobile trails year-round, most especially during snowmobile season when the primary users are snowmobile riders.  They need to groom their own trails during their season.  ORV user groups have fought against this proposal for years in joint ORVAW (Off Road Vehicle Advisory Workgroup) and SAW (Snowmobile Work Group) meetings.

SO, WHAT DOES THIS MEAN TO ORV RIDERS? – HERE’s THE CATCH…..

What does the MSA becoming the Michigan Snowmobile and Off-Road Vehicle Association mean to you?  From the MISORVA website the following statement can be found.

“By joining the forces of both snowmobilers and ORV riders, we will have greater legislative power. MISORVA will be your voice in Lansing, monitoring regulations and proposed legislation that will affect motorized recreation. Make no mistake, without MISORVA’s involvement, continued monitoring and influence, you will not have the trail system we have today!  To further your voice in Lansing, MI-SORVA will have a full-time legislative consultant and a full-time office staff, all working on snowmobile/ORV-related issues; both locally and statewide.”

HOWEVER, MISORVA goes on to point out;

“This does not mean that we will quit trying to keep wheeled vehicles off our trails during the snowmobile season. We will stick with our snowmobile legislative agenda.”

To expand on that goal;

“MSA is working with a few legislators to change the law, so that only snowmobiles will be allowed on the trails from Dec 1 Through March 31.”

And more info from the MISORVA web site:

“As MISORVA, we will now work with the ORV community on the changes they would like to their program!  To take a look at their law and how their program funds are distributed. We will work closely with them legislatively. We also need to take a look at providing a place for their funds to be distributed as grants to ORV clubs — grants that would allow those ORV clubs to maintain the trails and groom them.  There are ORV funds available that could be used to reimburse snowmobile grant sponsors for use of any of their equipment.  We would be working together to make motorized recreation the best it can be in Michigan.”

And therein lies their major goals.  Namely, they want to limit when and where you can ride your ATV or Side x Side, and access the ORV trail funds.  It is their stated goal to ban all wheeled vehicles past a given calendar date, reserving that portion of the year for snowmobiles only.  It matters not that the ORV riders pay a yearly trail access fee, their goal is plainly stated as limiting ORV access to when the snowmobile group deems acceptable.  And to us this is clearly NOT acceptable.

By “Joining Forces” it would appear that part of the ORV users (Side x Side and ATV riders) would be asked to give up their rights to ride trail designated as multi use as described and or legislated by the MISORVA.  That is clearly their stated goal.

HELPING ORVs, OR HELPING THEMSELVES?

If this is “joining forces” then one could make the argument that perpetrating armed bank robbery is merely helping the teller count the money.    The MISORVA idea of “joining forces” as described on their own web site is to:

They also fail to understand that there are no “ORV funds available that could be used to reimburse snowmobile grant sponsors” as the ORV Program spends their dollars per Legislated formula to administer the ORV program.  There simply is no surplus of funds.  However, they would likely seek a fee hike to create additional dollars, just as they have advocated (and achieved) for the snowmobile riders, many of which are clearly not happy about paying $50 each winter for a trail permit.  It’s a self-serving system and you can bet the result will inevitably cost the ORV users in loss of dollars and higher permit fees. 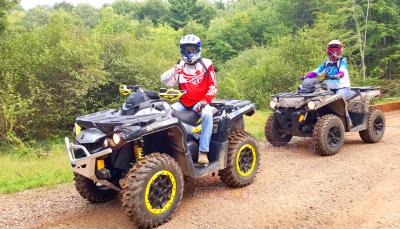 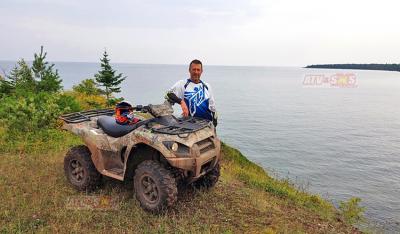 The ORV system in Michigan is the finest in the country.  It was built primarily with the hard work and input of ORV enthusiasts and clubs.  Over the last decade all forms of ORV’s have come together to support each type of trail that we currently use in Michigan.  Is there room for improvement?  Of course, but that happens when ALL ORV user groups - ATVs, dirt bikes, Jeeps, Side x Sides, and rock crawling enthusiasts - work together.  They understand their sport and its needs far more than any other outside group can ever hope to and in doing so create a united stance for our system.

By excluding several types of ORV machines and users MISORVA looks to divide us by separating our groups and diminishing our common goals while helping themselves at our expense.  They’re attempting to help themselves to what ORV riders have created and currently enjoy.

FAIRNESS IN REPORTING:   In the interest in fairness of reporting, we reached out to the Michigan Snowmobile Association over social media on 3 occasions offering them space on our web site, and across our social media platforms to explain their position.  In each case we had no response. 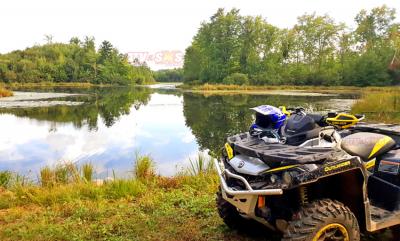 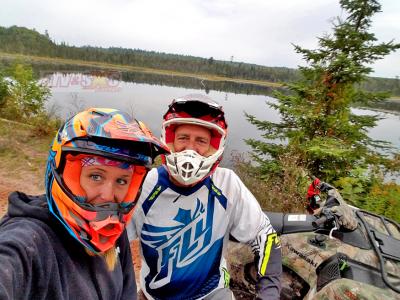