The First Ever ATV & Side x Side Crossing of Michigan's Massive Mackinac Bridge
Written By:
John Arens 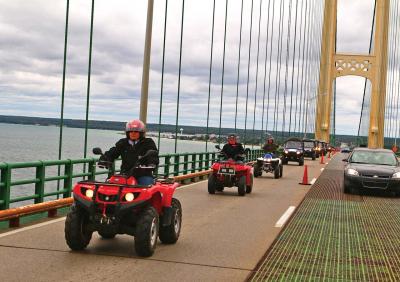 Saint Ignace, Michigan is a town with a history few other places can match. Over the years, it has been under the domain of at least three different countries and was inhabited by Native Americans who called the area home long before French explorers arrived. Today it’s often called the Gateway to the North, and it is both a tourist destination and the jumping off point for exploration and adventure in Michigan’s Upper Peninsula. We were there for both.

A BRIDGE TO ADVENTURE

The Straits of Mackinac separate Michigan’s two halves, and on the north shore lies St. Ignace. Connecting the two halves is the enormous Mackinac Bridge, one of the longest bridges on the planet, and fully five miles from shore to shore. No rider has ever crossed the Mighty Mac, as it has come to be known, without wondering what it would be like to ride their ATV or Side x Side across rather than tow it behind on a trailer. Few thought the chance would ever come. It’s enthusiasts that make things happen though, and with the support of the St. Ignace City Council and Chamber of Commerce, the Cycle Conservation Club, the Kewadin Shores Casino, and various ATV and off-road clubs, an unlikely plan called TREK the MIGHTY MAC came together. As with most first time events, nobody was sure exactly what to expect, but there was no way we were going to miss it. St. Ignace is already a great place to visit and this would make it even better. The question was - how many riders would show up? 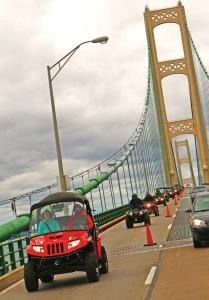 Every time we cross the bridge, we open the windows to take in the smell of the water and the cedars. It’s both a memory of past trips and aromatherapy for the soul and this time was no different. It felt great to be back. We settled into a local hotel and were amazed at the huge number of trucks, trailers, and vehicles already in town for tomorrow’s ride. Morning brought grey skies and plenty of whitecaps, and I couldn’t help but wonder if this would dampen enthusiasm for the event. A moment later I had my answer as two crazies, clearly caught up in the festivities, raced across the sand, plunging into the breaking waves and what surely was chilly water. They didn’t swim for long, but they were making the most of the weekend. It was a theme soon to be repeated.

Staging for the ride was on the south side of the bridge in Mackinaw City, and when we arrived, it seemed that every ATV in the North was already there. Clearly the turnout was a success. The other thing we noticed was that despite the cold weather, there was a genuine excitement for the upcoming ride. These people were hearty and simply bundled up for the weather, considering it part of the event and they were going to drink in every bit of it. We waded through the pits, amazed at the site of machines of every type, age, and brand. It was almost like a trip down memory lane! There were ATVs we hadn’t seen a running example of in almost two decades parked next to shiny new Side x Sides that cost $25,000, and they were all going across. By our conservative calculation, we estimate that at least $15,000,000 worth of off-road toys would make the crossing. Off-roaders certainly aren’t afraid to spend money on their hobby, but we also noticed something else; it was a family affair. It wasn’t just dad and a buddy who would be venturing across, but every seat in the vehicle was full, and kids bundled up like Ralphie were strapped into rear seats, all smiling and ready for the ride. The whole area took on a carnival style atmosphere, although rather than a sketchy looking Tilt-A-Whirl with a questionable maintenance history, these people brought their own ride. The local Sheriff Department was on hand to help with traffic, and riders were instructed to keep speeds under 20mph for the crossing with a reasonable distance between for safety. To get the parade started, a deputy driving a new Can-Am Commander MAX lead the way North. It was a great start! 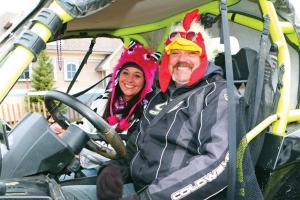 One by one, riders pointed their machine up the ramp and into history, every one sporting a huge smile under their helmet. On the north side of the bridge, one toll lane was blocked off from automobile traffic allowing the off-roaders to pass, then the “trail” darted through a bridge authority parking area, wound its way around a park and a few St. Ignace side streets, and finally rejoined the most famous street in St. Ignace that every tourist remembers most. State Street winds past tourist shops, restaurants, and cozy hotels all with a great view of the lake across the road, ferry docks, and Mackinac Island in the distance. It’s the prototypical image of a summer vacation community, but rather than a parade of mini-vans with clamoring kids stuck to the windows, today the parade would be created by off-road riders of every size, shape, and number of wheels, at least for a few hours. It was definitely a rolling carnival atmosphere as the riders wound their way through town, finally arriving at the Little Bear Convention Center and Ice Arena.

The arena parking area quickly resembled a car show as riders lined up and hopped out to browse other machines. Inside the Little Bear Arena, riders were treated to a great lunch as a band and prize giveaways were held in an adjoining tent. Since the trail system begins on the north side of the parking area, many riders hopped back in their machines after lunch and spent the rest of the day exploring the nearby trail system, but if you really wanted to, you could make your way all the way to Wisconsin from here. The total number of ATVs, Side x Sides, and dirt bikes making the crossing was listed at just under 1500, with a total number of registrants listed at about 2300. Just as importantly, there were no accidents. Without a doubt the first Trek the Mighty Mac was a HUGE success, and every rider we talked to LOVED it! So did we! 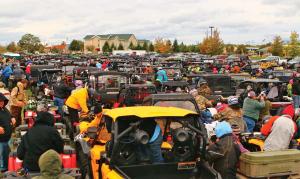 The partnership between the City of St. Ignace, the Kewadin Casino, local clubs, and the Cycle Conservation Club set the bar high with their first bridge trek. They really rolled out the red carpet to show what a quality event can be, and riders definitely appreciated their efforts. With the success of the inaugural bridge trek, it was a no-brainer to schedule a second event for October 1st, 2016, and it promises to be even bigger and better. Event organizers are planning to expand a vendor’s display area with factory demo rides, and attendance is expected to go way up.

We never have to look for a reason to spend time in a great place like St. Ignace. We’ll certainly be back for the next bridge ride and you can bet by the end of the weekend, we’ll have about 3000 new friends. As I stood on the lakeshore, I couldn’t help but wonder what the original French explorers and fur traders would have thought, not only about the enormous bridge looming in the distance and the small city called St. Ignace they founded, but also of the ATVs and Side x Sides that would have been far better for exploration than snow shoes and a canoe. I’m pretty sure they would have said, “Merveilleux, fantastique, très bonne!”

For more info on the 2016 TREK the MIGHTY MAC ride visit:

The City of St. Ignace

Dick Ranney and the Cycle Conservation Club of Michigan. 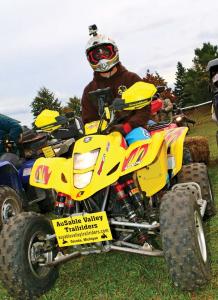 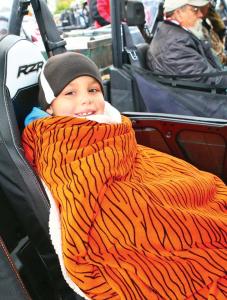 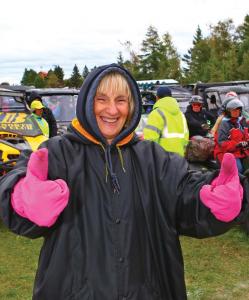 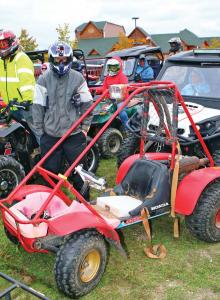 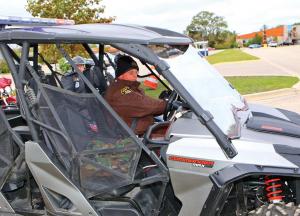 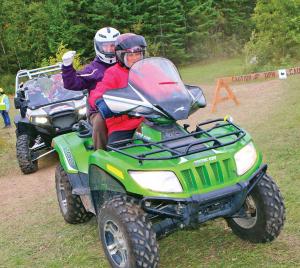 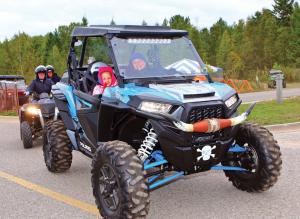 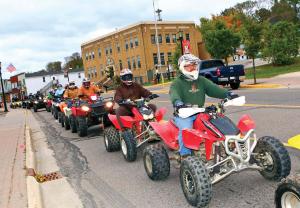 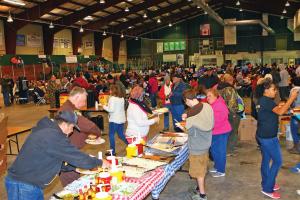 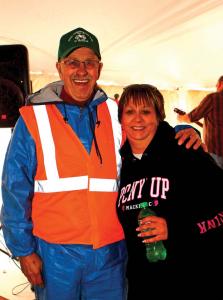 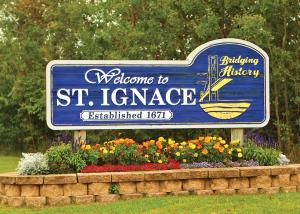