A FLEET OF CAN-AM’s TACKLE THE TOUGHEST RACE OF ALL
Written By:
John Arens

The Baja 1000 and the King of Hammers are little jaunts across the toughest terrain in North America, and a supreme test of both man and machine. The Dakar Rally is far tougher, and it’s not always on the same continent.

The original Dakar Rally was inspired by a Frenchman, Thierry Sabine, best known for getting lost in the sands of the Libyan desert. Upon finding his way back home, it occurred to him fellow adventurists might also enjoy the experience, and the Dakar Rally was formed. For many years the race began on the streets of Paris, France, and ended thousands of miles from the city of lights in the West African desert town of Dakar, Senegal. Total rally distance is usually an astounding 5000 miles or more, with each segment of the race being run in daily stages of 500 miles or so. That’s the equivalent of running a full blown desert race every day for 12 days.

Covering sizable portions of a continent and crossing numerous international borders, the Dakar race course has traditionally featured countless rocks, huge sand dunes, endless desert, mud, and any other challenge the organizers could find. The terrain and distances alone insure the Dakar Rally is not for the faint of heart, but they’re not the only concern. North Africa is chock full of roving bands of Kalashnikov toting terrorists, and after several tragic attacks race organizers were forced to move the event to South America for a decade. The 2020 Dakar is returning to the sand, however, and this years Dakar rally is being run entirely in the expansive country of Saudi Arabia. 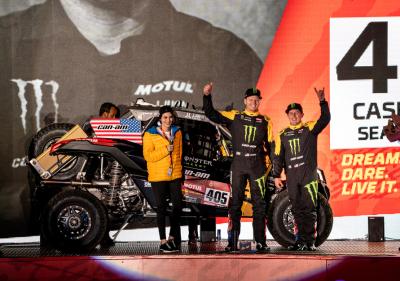 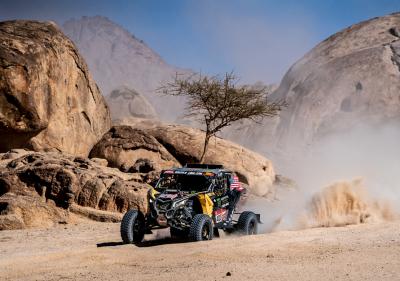 Clearly the Dakar is a race of endurance, but the terrain makes the event practically home field for ATVs and Side x Sides. While ATV’s have been competing in the Dakar since 2009 – and every one has been won by a Yamaha Raptor 700 – Side x Sides are relative newcomers to the Dakar. The high horsepower, desert loving Can-Am Maverick X3 is perfectly suited to the huge dunes and high speeds, and after a win in it’s inaugural outing last year, there are multiple teams running the X3 in 2020. That just happens to include two Americans, Casey Currie and co-driver Sean Berriman, and their South Racing Monster Energy Can-Am team.

The 2020 Dakar Rally reads like an Indiana Jones script or parts of the Bible. Currie and his team will begin their trek in Jeddah, then along the Red Sea, back towards the capital Riyadh, into the endless expanse of the Arabian desert and the Eastern Provinces, across the monumental dunes of the Empty Quarter, and finally back to Qiddiya for the finish. David Castera, director of the Dakar said "I'm delighted to have a course in such a monumental geography, made for the most audacious itineraries. Sports, navigation, a will to surpass oneself: all these aspects will naturally be glorified on this territory made for rally-raids.” Total course distance will be just under 5000 miles, and most starting the race will not finish. The South Racing team expects to not only finish but to compete for the lead at every leg of this epic trek. We’ll certainly be watching! 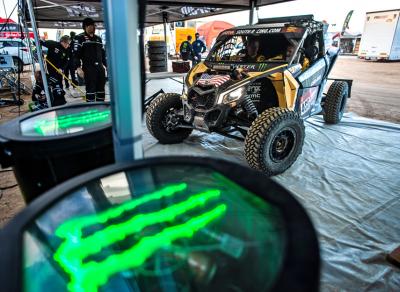 If you would like to watch the Dakar Rally there are numerous ways to follow the action. 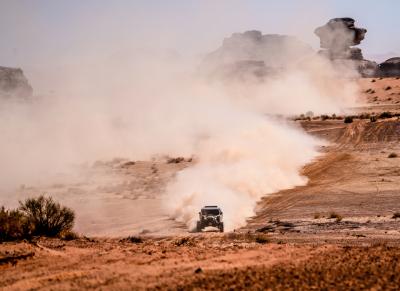 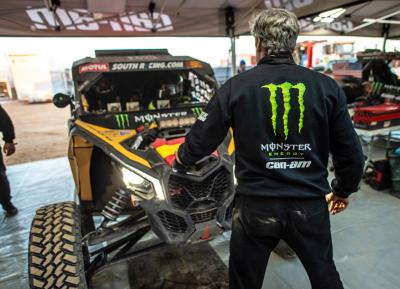 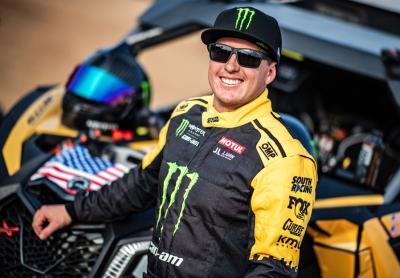