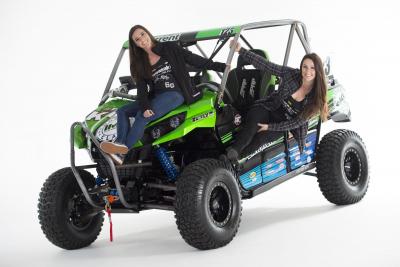 Last Year the Teryx Girls started 20th and came out of the desert section in 12th going into the rocks, soon picking off enough cars to run in a 5th place spot before breaking out of the race. “From the moment we realized we weren’t going to finish last year, we’ve been thinking about how this year we were going to get the job done,” said Price. “We could hear everyone cheering for the Teryx Girls last year and I expect we will see even more fans out in Johnson Valley this week. This race is as tough as they come and I know Teryx is up for the challenge.”

Sara qualified the only 800cc to compete in the UTV Class Saturday the 4th for a impressive 20th start position against 46 that day and 70 Total entrants in class thus far. IMG Motorsports built the Teryx Girls,  Kawasaki Teryx specifically for the King Of the Hammers leaving a large percentage of stock parts on the race side X side due to the proven strength and performance of the Kawasaki Teryx.  Fans can watch the Teryx Girls race live on Wednesday, February 7 at www.ultra4racing.com/live. 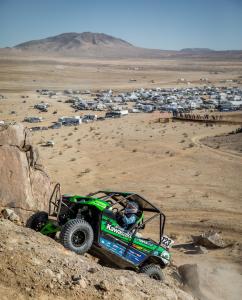 The Teryx Girls would like to thank all of their supporters including:

The team can also be followed on their journey at www.facebook.com/TeryxGirls or use Official Hashtag #TeryxGirls on social media sites.