The New Mahindra UTV's are here to stay!

Our dealers are primarily Ag dealers, so you won't see them carrying multiple brands of atvs, dirt bikes or sport oriented Side x Sides. But, better than that, they'll be factory trained, servicing dealers with parts on the shelf and quick access to any
Written By: 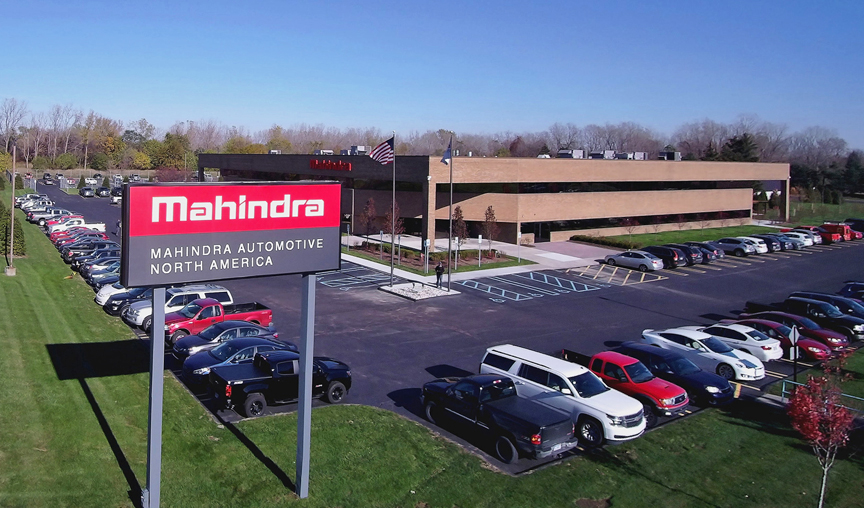 NEW MODELS and a PLAN to EXPAND from MAHINDRA

Looking beyond their power sports lineups, most of the manufacturers of ATVs and Side x Sides share many similarities.  They’re all part of a much larger organization with widely varying business lines.  In addition to Mules and Brute Force ATVs, Kawasaki makes supertankers, helicopters, and heavy equipment.  Yamaha is widely known for their excellent musical instruments, and Honda makes Accords in Ohio.  That means Mahindra a full member of the multi-national club.

For Mahindra it all started with the need for steel.  India and Southeast Asia was rapidly changing in the late 1940’s, with a move towards industrialization and manufacturing.  The region needed steel, and lots of it.  The Mahindra brothers set up a factory to provide it, and then quickly followed with full-fledged manufacturing themselves.  In 1947 they obtained a license to produce the tough-as-nails Willys Jeep that had served so well during the Second World War.  The vehicle quickly found traction, just as the company did.  In the 1960’s a licensing agreement allowed them to begin producing International Harvestor tractors for domestic use.  Along the way they also began an automobile line, and many other Mahindra business units were opened.  Today the company operates in industries such as aerospace, agribusiness, automotive, construction equipment, consulting services, defense, power generation, real estate and many other sectors.  They’ve been named by Forbes as one of the world’s top places to work, and are investing over a billion dollars in North America where they are most known for their small to mid-horsepower tractor lineup.  That is about to change.   We were most interested in their utility vehicles and future model development.  Matt Glendon is the Director of Utility Vehicles at Mahindra and he was kind enough to give us a little insight into where they are headed with their Side x Side line.

Thank you for taking the time to speak with us Matt.  So how does the world’s largest tractor manufacturing company transition into utility vehicles and not just be seen as a tractor builder offering another “me-too” UTV?

MG:  I’m glad to talk about Mahindra with your readers.  Most people in the U.S have heard of us through our national tractor promotions, such as FOX news or through ESPN, but that’s not all we’re about.  We're really starting to bill ourselves as a tractor and utility vehicle company, and we've really moved a lot of our messaging into utility vehicles.  Almost 50% in fact.  We believe in it, they're a great product that we are excited about, and it complements our tractor line very well since the majority of our tractor customers also own a utility vehicle.  It's a really good fit for Mahindra

You mentioned you've had good utility vehicle sales even without really pushing the product.  How many dealers do you have?

MG:  We have over 500 dealers, and we've sold over 5000 vehicles without a ton of awareness.  It’s happened by just slowly building up the product line, and slowly building customer awareness, but we've seen increases in sales and on our website.  It's really about building awareness in our tractor customers and letting them know we've got a utility vehicle for them to look at.

Checking your website, we know you have many different models, and quite a few options with regard to engine sizes, bed choices with the long bed models, and even multi-passenger crew models.  But they all seem to be work oriented with some recreational capabilities.  Where do you see them fitting into the marketplace?

MG:  We consider our models to be designed more as a working tool or a work and utility crossover.  Our vehicles are designed for our customers primarily who are on the farm, the hobby farm, or homeowners who have acres to maintain and use it for everyday tasks.  That's our core customer but we also have commercial customers and of course of some recreation customers.  But it's definitely a work product.

So what is the arrangement with TGB because they are supplying engines for the new Retriever models, and what do they bring to the table?

MG:  We've been exclusively using Kohler powertrains in our first three years. That’s kept our speed limited to 30 to 35 mph depending on the model, but we know the heart of that crossover market is a little faster than that, with more horsepower, and that's what our customers have been asking for.  They wanted a little more horsepower, more torque, and a little more top speed.  Even our work customers wanted a little more power, so we partnered with TGB.  TGB is a high quality, fully quality accredited and certified engine manufacturer from Taiwan.  They know how to make powerful, reliable engines and CVT systems.  The new Retrievers will be powered by TGB engines, and we've just announced the Retriever 1000 gas model with class-leading features, including a three-year powertrain warranty.  Once people drive it and experience it I think they're going to be pleasantly happy.

That gets the new model to the dealers, but who will that be, and will they have full parts either on the shelf or quickly available?  Are they primarily Ag (agricultural) dealers?

MG:  Our dealers are primarily Ag dealers, so you won't see them carrying multiple brands of ATVs, dirt bikes or sport oriented Side x Sides.  But, better than that, they'll be factory trained, servicing dealers with parts on the shelf and quick access to any parts they need.  In January they'll be starting 4 months of service training to prepare for it.  We'll be barnstorming the country and we'll be ready!

When will the new Retriever models become available?

MG:  We'll start delivery of the new TGB powered Retriever models in March and we'll have them on display at a couple big farm shows in February.  We'll have good inventory in our dealer pipeline for the spring. 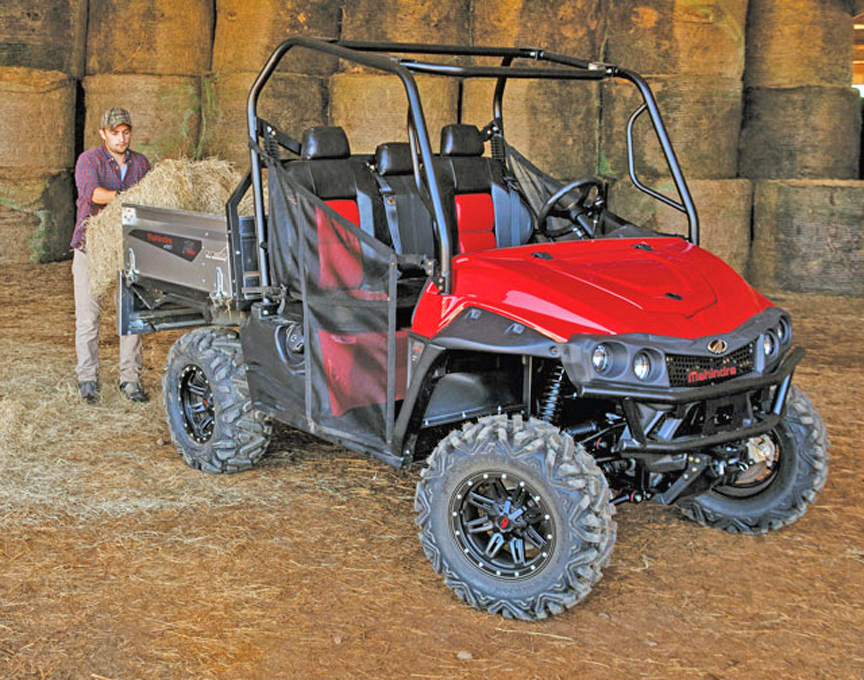 MG: All the engine development and to some extent how that effects the chassis, handling, performance, and functionality is a collaboration between ourselves and TGB.  We tested at different locations here, and we just completed altitude testing in Leadville Colorado.  We also worked on chassis development here and did some testing in Taiwan.  The response we got back from the sales guys, dealers, and the people that had pre-build rides was very good.   We've been pleased! 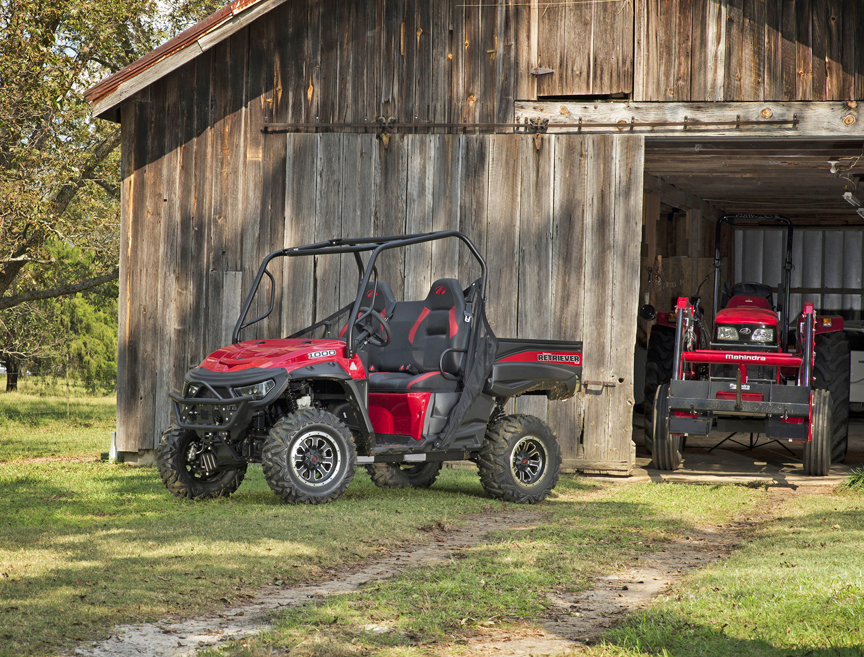 We know Mahindra just opened a new plant near Detroit, Michigan, and a couple of development centers near there.  Where are the new Retrievers going to be built?

MG:This product is going to be built in Arkansas.  It's the same business model as used by the Japanese.  The engines will be built where it is most efficient and are already setup for production – TGB in Taiwan, - and the chassis and other components will be built here, with final assembly here.  It’s most efficient that way and closer to the end customer.  You are right about the new Detroit development centers and plant.  The interesting thing about Mahindra is we have a great automotive supply base that we can draw from.  It’s a deep pool of suppliers, engineers, and testing groups that we can tap into and you can expect to see innovative things from Mahindra in years to come.

Again, thanks for the information Matt.  We look forward to trying a couple Mahindra models in the near future.

MG:  You’re very welcome!  We look forward to that too!

Mahindra is dedicated to a long-term presence in North America, not only with their tractor lineup but also their off-road vehicles.  They make it no secret, and one of the first vehicles slated for production at their Detroit facility (which they call ‘MANA’ for Mahindra Automotive North America) is called the Roxor, which from what we’ve been able to learn is a bit like a Jeep crossed with an upscale Polaris RZR.  And that’s not the only thing they’ve got planned.  You don’t invest 600 million in a new facility projected to employe over 600 without some very thorough long-term planning.  One thing is certain: Mahindra is serious and they’re no longer coming.  They’re here, and here to stay!

If you are in the market for a New 2018 Mahindra UTV Retriever - XTV - FlexHauler -LE - Limited Model - For Sale - Information - Price - Top Speed Click Here for Mahindra UTV Sales and Dealer Locations.