Today’s ATVs, UTVs, and SxS’s have made huge advancements in performance, particularly in the area of horsepower.  We have more horsepower at our thumbs or toes than ever before, with 1000cc ATVs encroaching on 100hp and many SXS’s well beyond that.  Unfortunately, the reliability of CVT systems hasn’t necessarily kept up.

Every time you touch the throttle, your CVT system is kicked into action.  With its two variable pulleys, it’s essentially a transmission with limitless gearing ratios.  Clutches are a normal wear component even on mildly powered machines, and high-performance machines can increase that wear at a seemingly exponentially accelerated rate.  Sometimes the remedy for normal (or accelerated) clutch wear is a simple “rebuild” with new bushings, pins, rollers, pucks, etc.  Other times they’ve been worn a bit too far and replacement is the only option.  Either way, when you figure parts and labor to rebuild a clutch, or the “less labor but more parts” total replacement method, things can get expensive quick!  It’s not uncommon for the bill to be $1000 or more!  Fortunately, there’s a replacement option we’ve used many times that won’t break the bank and fixes some well-known problems in the process. 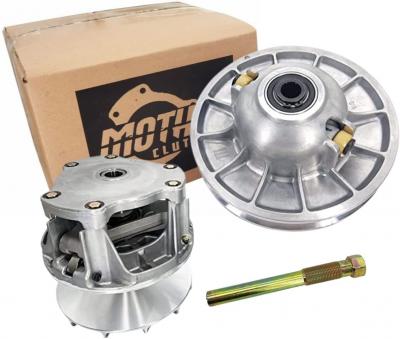 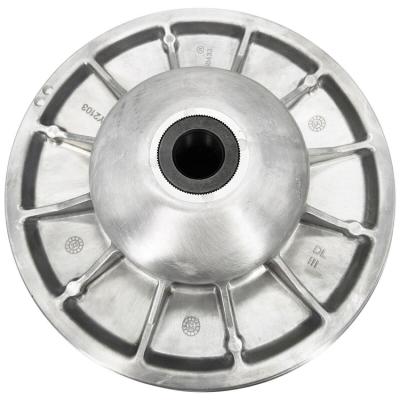 Harvey’s ATV Parts out of Joelton, TN offers a line of replacement CVT clutches rather humorously named “Mother Clutcher”.  Their primary offerings are for Polaris, but they also have clutches for Kawasaki and Can-Am models.  Most of these Mother Clutchers are the same design as the clutches they replace, although some offer tuning changes to alleviate problems that plagued the OEM part.  Ever had problems with your Engine Braking System dragging or being too aggressive on your Ranger or Sportsman?  So has just about everybody else!  The Harvey’s crew experienced that problem as well and have integrated a fix into their replacement clutch, either with a more robust EBS hub or by eliminating it altogether.  Problem solved! 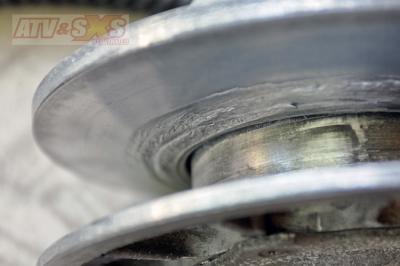 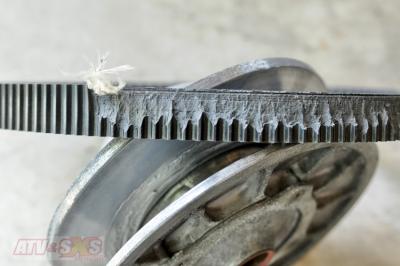 Over the last year or so, we’ve installed several of these Mother Clutchers, both primary drives and even a couple of secondary driven units, and we’ve been honestly impressed.  That’s saying something because we’re picky with our machines.  Every single Mother Clutcher part has been a simple “plug and play” installation and has performed just as well, and in most cases better than the OEM clutch.  We’ve found the Mother Clutcher system delivers noticeably smoother operation, particularly in clutch engagement.  In fact, the well-known and oft lamented Polaris engagement lurch that makes it a real pain to maneuver on a trailer or in your garage is a thing of the past with every model we’ve installed.  That means no more dents in the trailer or holes in the garage wall!  And speaking of installation, Harvey’s offers the proper puller tool for every Mother Clutcher they sell so your attempt at fixing your clutch problem doesn’t turn into a crankshaft replacement!  No doubt the correct tool is far less expensive than a complete engine rebuild and new crank. 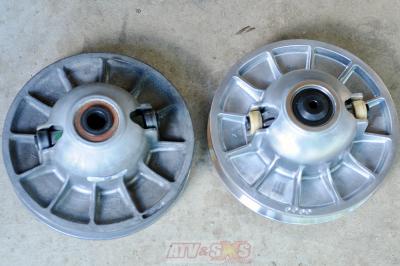 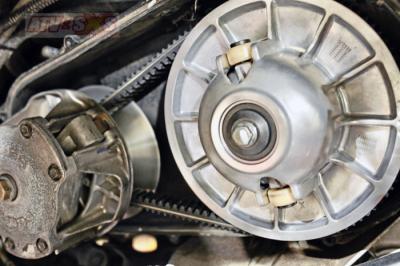 Quite often an “upgraded” part that fixes OEM shortcomings has a price tag that scares a lot of buyers back to the OEM part.  Not the case with these Mother Clutchers, as complete ready-to-ride clutches run between $275 and $400!  They even offer primary and secondary “bundles” for many models for less than $600.  Worried that the price seems pretty low and the quality can’t be that good?  Well, that hasn’t been our experience as we’ve only had one Mother Clutcher “complaint” in all of the installations we’ve performed, and it was simply that it “used more fuel” than the OEM clutch.  Sorry Karen!  It just so happens that the Mother Clutcher calibration on the 2018+ Ranger 1000 has been changed to wake up the mid-range performance which, yes, could increase fuel consumption due to a 200RPM increase through the mid-to-top range.  It seems like pretty small potatoes.  Still, when we let Harveys know of the “complaint”, they thanked us for the input (first they’d heard of it as a complaint) and let us know that they’d be working on a calibration option that would mimic the OEM operating RPM.  What happens if you’re not completely satisfied with that Mother Clutcher?  Don’t worry, it comes with a 1-year warranty.  For those playing along at home, that’s the same amount of time your whole machine was under warranty when it was new.  Simpler, better, and more affordable…  These Mother Clutchers have a good thing going! 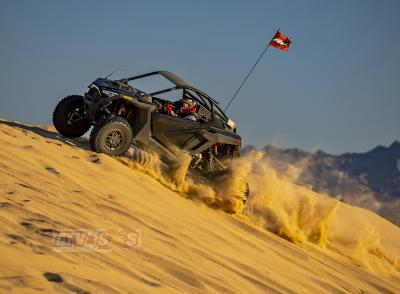 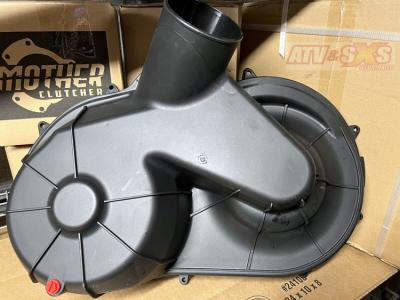