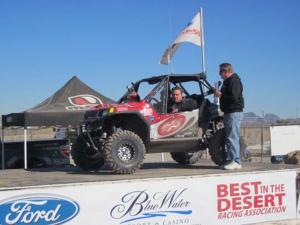 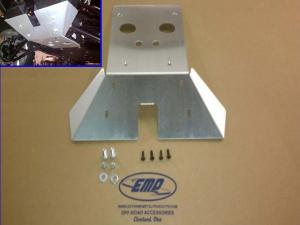 RANGER RZR Introduces a Whole New Class of Side x Side 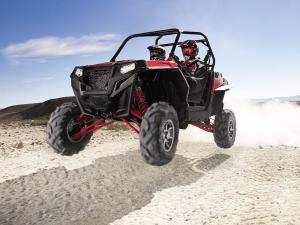 Valcourt, Québec, January 3, 2011 – As the new year begins, Can-Am ATV racers – both pro and amateur – can reflect on a successful 2010. Last season, Can-Am ATV racers took home nearly 40 pro and amateur championships across North America."To see so many Can-Am ATV racers celebrating championships means a lot to everyone at BRP," says Denis Morin, vice-president, Product Development & Racing at BRP. "Everyone from top management on down is committed to helping our racers be successful on the track. We look forward to 2011 and what it will bring for our dedicated Can-Am racers." 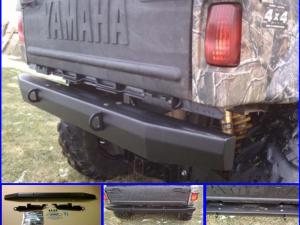 Protect the rear of your Rhino. Laser cut and CNC formed insure a perfect fit. Powder coated with a texture black add style and protection. All welds are ground smooth with a DA sander.Powder Coated-Texture BlackFits: 2006+ 450, 660, and 700 EFI.Laser Cut from 10 ga American Steel..188" Thick Mounting Brackets.Includes: Directions and Hardware.Installs in minutes.Laser Cut LOGO.Made in Cleveland Ohio. 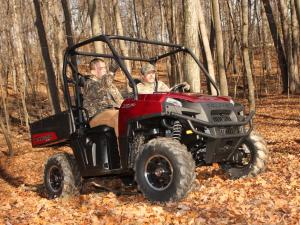 Early Side x Sides were built strictly for utility use, with all the handling characteristics of a tractor. That caught the attention of Polaris which quietly went into action. With an engineering staff loaded full of Northern Minnesota hunters, it’s no wonder the Rangers are at home in the woods; they should practically be issued a hunting license. Imagine your best dog, best shotgun, best pickup, and best hunting camp all rolled into one, and you’ve got the Polaris Ranger XP 800. 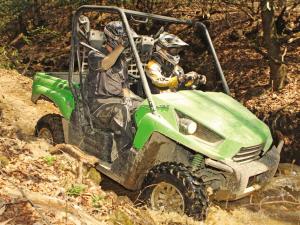 The Kawasaki Teryx is one tough-as-nails UTV! It’s no wonder racers love it for its chassis. On our last jaunt across hundreds of miles of extreme desert, out of our group of eight Teryx mounted riders, we didn’t have a single failure or mechanical problem! We were extremely impressed! The Teryx isn’t limited to just high speed adventure, however. The term “Crossover Vehicle” applies perfectly to the Teryx for its ability to perform many different tasks extremely well. 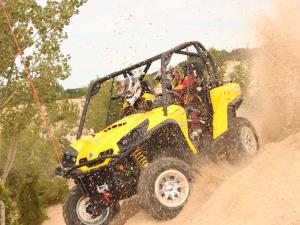 We’ve never been to a ride area and had more reaction than when we rolled into the dunes with the CAN-AM Commander 1000XT. Even before we parked, there was a small flock heading our way, all eager to see for themselves the most anticipated Side X Side in years. It was as if the Commander was a divine revelation and the masses were eager to worship on its gleaming, bright yellow altar of performance. There would be no stealthy testing on this day. 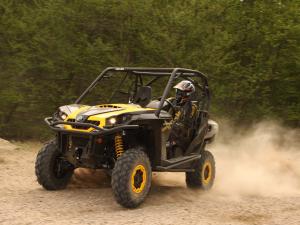 One of the goals of intelligent engineering is getting as many uses as possible out of every part. Instead of designing a part to do only one job, why not make it do several? CAN-AM engineers took that idea to the extreme this year, not only applying it to vehicle performance but expanding the concept to the entire recreational experience. 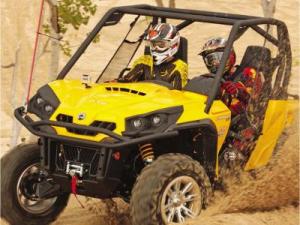 It took an extra year of rumors and speculation, but when CAN-AM pulled back the curtains to reveal their 2011 new model lineup, there was not just one new Commander Side X Side but FIVE --and they looked stunning! Body styling fit in perfectly with the CAN-AM penchant for an aggressive, in-your-face, muscular look that hints at the performance within. From our first ride, it was clear this was a whole new level of UTV performance whether it was the COMMANDER 800, 1000, or the go-for-broke 1000 X-Package.