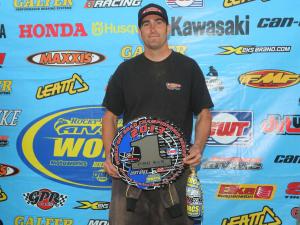 Minneapolis, Sept. 16, 2013-After missing the podium last race, Polaris Racing/Holz Racing’s Beau Baron was back on top at WORCS Round 8, in Milford, Calif. Baron would steer his RZR XP 900 to the win in the Pro Production class with second going to Polaris Factory Racer Ryan Piplic, also in a RZR XP 900. Jeffrey Oberling and his RZR would finish third in the class. Baron and Piplic sit one, two in the series standings making for an exciting end of the season race at Primm, Nevada next month.The last WORCS race of the season is Buffalo Bills, in Primm, Nevada, Oct. 11-13. 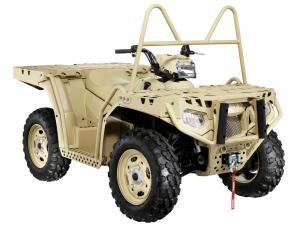 Minneapolis, September 12, 2013 – Polaris Industries Inc. (NYSE: PII), the leading manufacturer of off-road vehicles, today announced the company was awarded a contract to provide MV850 ultra-light tactical vehicles to the German Army. “Defense forces around the world are seeking Polaris Defense Military vehicles to  take advantage of our ability to make modifications to our commercial off-the-shelf technology (COTS), insert customer requirements and quickly deliver an end product that meets their needs,” said Rich Haddad, general manager of Polaris Defense. “It is our goal to match the warfighter’s mission requirements with our best value product.” 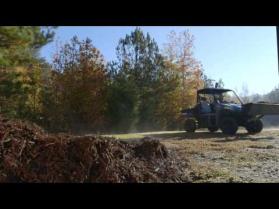 MINNEAPOLIS (August 19, 2013) – Polaris Industries Inc. (NYSE: PII) today announced the hire of Tim Larson to the newly created position of Vice President, Global Customer Excellence. He will begin work with the Company in this role immediately. “Striving for customer excellence in all that we do is vital to Polaris’ efforts to continue growing and leading our markets, and we are excited to have Tim joining us to spearhead this effort,” said Polaris Chairman and CEO Scott Wine. “For nearly 60 years we have developed world-class products. To drive continued growth, we must take this solid foundation to the next level by creating a unique and identifiable world-class customer experience. Tim brings an extensive professional background perfectly suited to the demands of this new role.” 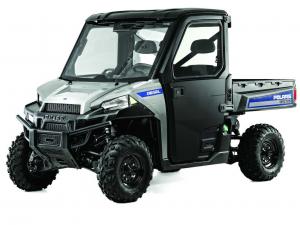 MEDINA, Minn., (Aug. 14, 2013) Polaris Industries Inc. (NYSE: PII), the leading manufacturer of off-road vehicles, has expanded its purpose-built commercial vehicle line, Polaris® BRUTUS™ to include the BRUTUS base model with cab, heat and air conditioning, which is now available for order through authorized BRUTUS dealers in North America.In March 2013, Polaris introduced the three-model BRUTUS lineup as the first side-by-side utility vehicle in the market to deliver front-end power take-off (PTO) capability. The new BRUTUS model enhances the level of comfort, versatility and productivity by integrating key offerings from the BRUTUS HD and BRUTUS HDPTO models.

Polaris racers in top three spots in the class 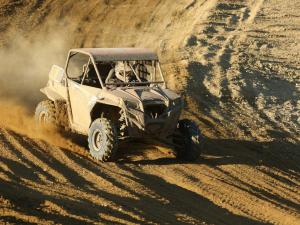 Minneapolis, Auguust 13, 2013- Polaris Racing’s Ryan Piplic, in his RZR XP 900, took the checkered flag this past weekend at the WORCS race, at Glen Helen. The win was the first of the season for Piplic who has three second place finishes on the year.The win, moved Piplic into second in points for the class and has three Polaris Racing team members at the top of the class. Polaris Racing/Holz Racing’s Beau Baron took fourth and is still in the points lead. Polaris/Blingstar Racing’s Nick Nelson and his RZR XP 900 is sitting in third place for the class. Polaris Racing/Holz Racing/Loan Mart/Walker Evans RJ Anderson finished off the podium and is currently sitting in fifth for the series. 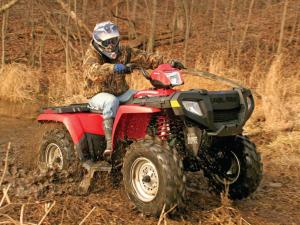 The Polaris Sportsman is quite possibly the most popular ATV line ever built.  Since its inception in 1993, Polaris has manufactured well over one MILLION units, making it the best-selling utility ATV platform in the industry.  But as with anything mechanical, there have been some issues that have come to the surface, and there was a run of Sportsman 600’s and 700’s from 2002 to mid-2004 that were plagued with electrical problems and failure of the ignition system was a matter of when, not if. 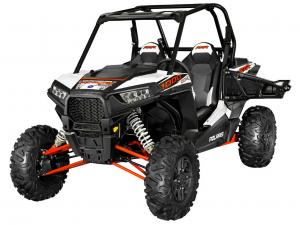 Minneapolis, MN (August 1, 2013) – One day after Polaris Industries unveiled the 107 horsepower RZR®XP 1000 to Polaris dealers, consumers attending DuneFest in Winchester Bay, Oregon were able to catch a glimpse of the biggest and baddest Side-by-Side of the RZR family. “This is the fastest we’ve ever brought a RZR product to consumers,” said Jason DiFuccia, marketing manager for RZR. “We are extremely excited to be part of DuneFest and show off the new king of sport side-by-sides.”

Polaris Introduces a RZR® Beyond Compare

New RZR XP 1000 is unmatched in Power, Suspension and Agility 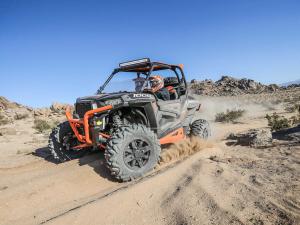 Since the introduction of the RZR 800 for Model Year 2008, Polaris has defined and led the recreational side-by-side market. Since that first launch, the company has consistently introduced models with unmatched performance which are highly sought after by off-road enthusiasts. RZR side-by-sides are the gold standard in recreational vehicles due to their ultimate combination of power, suspension and agility for trail, high performance and multi-passenger recreation. Today, Polaris announces the launch of a RZR beyond compare, the 2014 RZR XP 1000! 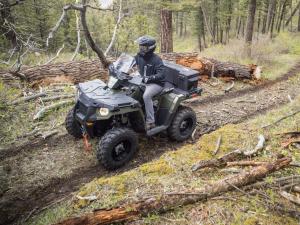 The legendary Sportsman 500 has been the flagship of the Sportsman line since its introduction in 1996. For Model Year 2014, Polaris is taking its legendary, best-selling 4x4 ATV of all-time and making it better with the launch of the Sportsman® 570 EFI. The Sportsman 570 EFI takes the best-in-class Sportsman 500 H.O to the next level with the addition of Electronic Fuel Injection (EFI), more than 20 percent more power, more comfort and more convenience features; while still offering the best pricing in its class, $6,499. Along with the base model, Polaris will offer models with Electronic Power Steering (EPS) and the Sportsman® Touring 570 EFI, providing a full line of value-priced 500 class ATVs.